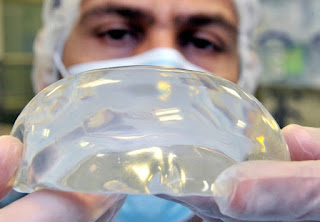 In this post, Jean McHale discusses some of the legal and regulatory challenges posed by the globalisation of the beauty industry. Jean is Professor of Health Care Law at Birmingham Law School and Co-Investigator of the Beauty Demands project.

The globalisation of the beauty industry gives rise to some fundamental regulatory challenges. Individuals seeking beauty procedures such as face lifts, liposuction and even cosmetic dentistry are increasingly likely to travel to seek such procedures as illustrated by the growth of the cosmetic surgery “holiday” market.  As many of these procedures lie outside the control exercised by the clinicians in a standard therapeutic context, whether through a National Health Service or standard Health Insurance schemes, the consumer has far greater autonomy in relation to choice of procedure, timing and provider. The scale and the nature of effective regulation of safety of beauty products and procedures is problematic. Globalisation of procedures may in turn lead to major challenges in relation to regulation. As Tamara Hervey and I note in our new book European Health Law: Themes and Implications (forthcoming Cambridge University Press, October 2015 ), the PPI breast implant scandals illustrate not only how the safety of this industry is a major concern, but also the challenges of ensuring effective regulation of products and processes and people at EU level.


While there is increasingly a drive to ensure effective product regulation through measures such as reform of the EU Medical Devices Directives (Directive 93/42/EEC of 14th June 1993 concerning medical devices [1993] OJ L169/1 (as amended)), regulation of practitioners themselves is much more problematic as there is simply not consensus across the EU in relation to consistent training of health care professionals.  This is a huge problem across the EU but it is magnified still further given that the cosmetic procedures market place itself stretches well beyond EU shores.
This might not be thought to be “our problem” whether at EU level or member state level. It could be argued this is a simple matter of caveat emptor - buyer beware. If someone goes outside the EU for breast implants or a face lift and pays for this out of their own pocket, this can be seen as a lifestyle choice. If the procedure goes wrong, the individual will have to bear the personal consequences. Of course, in reality, it is not quite that simple. The consequences of dangerous procedures are not something suffered solely by the recipient. This is not simply a personal issue, it may also result in costs and consequent broader resource implications for the state and ultimately for other citizens. Such policy reasons are utilized to limit reimbursement for cross-border care under the EU Patients’ Rights Directive (Directive 2011/24/EU of the European Parliament and of the Council of 9th March 2011 on the application of patients’ rights in cross-border healthcare) under which patients can seek treatment in another member state and claim reimbursement from their home member state if, for example, they have suffered "undue delay". Concerns about standards, safety and indeed cost drove the EU to put limitations in the Directive enabling states to refuse to reimburse treatment in some situations where there are concerns in relation to the safety of procedures and providers.  But there is currently no such ability to limit individuals where they go abroad for treatment in a situation in which they are not claiming such reimbursement.

If the person who has received cosmetic surgery procedures abroad subsequently suffers problems then returns to the UK, then typically it would be the NHS which bears costs of emergency procedures needed due to botched operations elsewhere.  If NHS money is diverted to “picking up the pieces” here, this means less money in the budget for patient care in other areas. We as citizens and the state itself thus clearly do have (and indeed should have) an interest in effective regulation of standards and quality of cosmetic procedures whether in the UK and elsewhere - and yet this is not an area which has received sufficient government attention. Yes, there have been reports such as the Keogh Report (B. Keogh, Poly Implant Prothesis (PIP) Breast Implants: Final Report of the Expert Group, 18th June 2012) following the PPI scandal, but nothing which effectively addresses the question of cross-border cosmetic procedures and its oversight.  It might be thought that this is because it is simply too complex to effectively address and regulate, but developments in other areas, such as organ transplantation, would suggest that this might not be the case. We clearly need to see more action taken to address questions of safety and quality of procedures and practitioners by action at international level.  This though will inevitably take time. Perhaps also we do need to investigate in the interim what exactly are the costs to the NHS if procedures undertaken abroad go wrong and, uncomfortable though this may be, whether it is the NHS itself in such a situation which should pick up the tab?