June 03, 2016
In this post, Fiona MacCallum (University of Warwick) discusses how the sharing of idealised images via social media is influencing individuals' perceptions of body image and wonders what actions can be taken to counteract the negative consequences of  selfie culture. 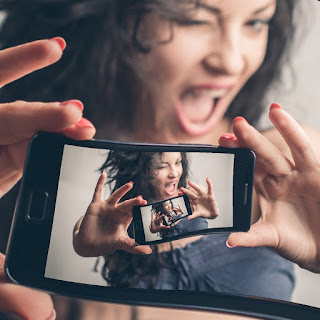 We’re used to seeing adverts telling us that we can have perfect skin in “3 easy steps” or “just one week”. However, digital technology claims to speed the process up further with apps designed to improve the photos we post on social media, such as the “Instabeauty” app which offers a “one-tap makeover” to give the user “flawless skin”. This raises the interesting question of what effect engagement with social media, and particularly with a stream of carefully chosen idealised images, might have on individuals’ satisfaction with how they look. Evidence has shown that exposure to visual mass media depicting idealised bodies is associated with higher levels of body image concerns (e.g. Grabe, Ward & Hyde, 2011). The interactive and personal nature of social media suggests that it will have a similar, or maybe even a stronger, influence (Perloff, 2014).  So what can be done to combat the negative consequences of these idealised images? One approach has been to educate adolescents in media literacy, and raise their awareness of the proliferation of artificial images.  Such programmes do seem to produce results in the desired direction but the effect sizes are only small (Yager et al., 2013), and it’s not clear whether they will be long-lasting.  Emerging research has found that people are quite poor at detecting airbrushing in photos, and importantly that this ability is not improved in those who believe there is a high level of image manipulation in general (research from a current study by Sophie Nightingale, a University of Warwick PhD student). Thus, raising adolescents’ awareness of digital modification might not make them any better at spotting these alterations.

A second type of intervention advocates the labelling of images as digitally altered, e.g. in fashion and beauty magazines.  This has been implemented at the legal level in Israel and France, where media images of models that have been modified must be accompanied by a warning label stating that the photo has been “retouched”. Despite the good intentions behind this, a growing body of research is finding that such disclaimers are not helpful and may actually be harmful. For example, Harrison and Hefner (2014) showed that images explicitly labelled as retouched produced higher body consciousness and lower physical self-esteem in adolescent girls and boys than the same images without labels. So even when we’re told that a photo has been manipulated to change the model’s bodily appearance, it can still make us feel bad about ourselves. 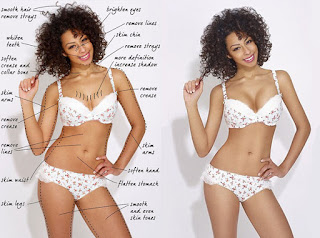 Unfortunately, the answer to this problem is unclear. We need more research into protective psychological traits that may increase resistance to the pressures of idealised images. Interventions that show the process of photo transformation rather than just the end product may be effective (Halliwell et al., 2011). However, advertisers and others are not going to be persuaded to include unretouched images alongside the finished product. We also need to look closely at the consequences of posting altered “selfies” on social media. If just one tap on an app can make our photo selves look flawless, how disappointed might we be when we look in the mirror?

Fiona MacCallum is an Associate Professor of Developmental Psychology at the University of Warwick. She is interested in the development of body-image in adolescents, and how this is affected by factors such as self-compassion, celebrity interest, and media manipulation of images. Previous work has considered the pursuit of perfection with reference to infertility treatment and parents' attitudes towards gamete donors. Fiona is also a partner on the AHRC Network Grant “The Changing Demands of Beauty”.
airbrushing and digital alteration beauty ideals and norms selfies and profiles social media