Pressures to be perfect!

October 05, 2016
The 2016 Girls’ Attitudes survey, out this week highlights – again – the importance of body image, body confidence, and generally how much appearance matters for young women in the UK today. 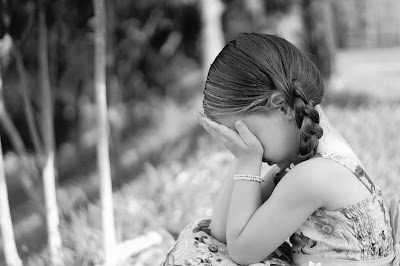 Claims that ‘it’s the inside that counts’, or ‘beauty is only skin deep’ are hard to maintain in the face of such overwhelming statistics. You might send your 9 year old daughter off to school (as I do every day) telling her that you can find something beautiful in every face (which you can) and that kindness matters most of all (which it does), but she knows, as all girls know, that beauty matters too. A few of the headline statements, taken from page 3 of the report, remind us just how much it matters:

Anyone who still thinks that the crisis in body confidence is unimportant – “but, haven’t we always worried about how we look?” – is just not listening to young women and the anguish they feel. Of course, we’ve always worried about how we look, but that is completely different from what young girls are now reporting. As the Girls’ Attitude survey reports, girls “tell us they have to confront intense and unobtainable appearance pressures to be perfect and many say they feel they’re not good enough.” (page 2) This is by no means an outlier. Report after report tells us that appearance matters and that body dissatisfaction and concerns about body image are growing. For example, the recent YMCA report, ‘The Challenge of Being Young in Modern Britain' placed body image issues as the third biggest and most harmful challenge facing young people in Britain today (after lack of employment opportunities and failing to succeed within the education system).  Beauty doesn’t simply damage young women’s sense of self, but it has knock on effects in other areas of life. The Girls’ Attitude survey lists a whole host of things that girls report they don’t do because of their low body confidence: from wearing clothes they like, to having their picture taken, to taking part in sport, and to speaking up in class. (page 3) Most worrying of all is that fact that the participants in the survey report being made to feel that they are stupid “because they are a girl” (page 10 – my italics). 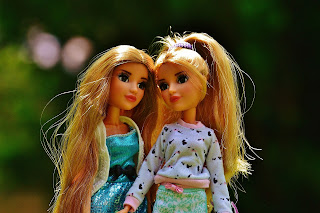 It is hard here not to think that these pressures combine and serve to further silence girls and women. If girls believe that they have been made to feel stupid, just because they are girls, and further they are afraid to speak (both online and in class) because they are worried about their appearance, the result will be a silencing of young women and girls. This is particularly worrying, for me, as a philosopher, working in an overwhelmingly male discipline, in which women are routinely silenced (for all kinds of reasons). Jenny Saul, a very well regarded female Professor of Philosophy, recalls “the terror I felt that I might someday be listed as one of the people who was “stupid” in the department lounge discussions.” (Saul, 2013, 53) Helen Beebee, another established female Professor of Philosophy, likewise comments on the fear of looking “dumb” by asking questions in the competitive arena of the philosophy seminar. (Beebee, 2013, p66) The terror of being regarded as stupid or dumb, remains live in philosophy – and female Professors are a rare breed. If it is the case that young women and girls are already ‘made to feel stupid’, and beginning to silence themselves because of appearance worries, how many walks of life may end up like philosophy with women underrepresented and undervalued?

Beauty – as I’ve argued before in this blog – is anything but trivial. Appearance worries dominate very many young, and not so young, people’s lives and profoundly constrain what individuals can be and do.

Heather Widdows is Professor of Global Ethics, Department of Philosophy, University of Birmingham. She has a paper which makes more of this argument – particularly the silencing of philosophy – currently under review (‘The neglect of beauty: What’s in and what’s out of global theorising and why?’)