January 15, 2018
Breast cancer is the most common cancer diagnosed in the United Kingdom. In 2015, 45,764 cases of breast cancer in women were registered in England, accounting for nearly 1 in 3 new female cancer cases. Women with breast cancer in the United Kingdom also have poorer survival rates than women in other parts of Europe. One reason for this is that British women tend to be diagnosed at more advanced stages of disease, which reduces survival rates.
Regular attendance at mammography screenings is an effective way of detecting breast cancer early. In England, women between the ages of 50 and 70 are invited for breast screening every three years as part of the NHS Breast Screening Programme. Screening is intended to detect breast cancer at an early stage, when there is a better chance of successful treatment. However, most breast cancers are detected by women through breast self-examination, which involves regular palpation of the breasts.
However, done on its own and without proper training, breast self-examination may not provide any clear benefit for early breast cancer detection. In the UK, healthcare policy no longer advocates regular breast self-examination and instead promotes “breast awareness”, which involves familiarity with one’s breasts and the way the breasts change throughout one’s life. It involves women gaining an awareness of how their breasts look and feel normally, as well as developing the confidence to notice any change (e.g., changes in size, swelling, pain, lumps or thickening) that might help detect breast cancer early. 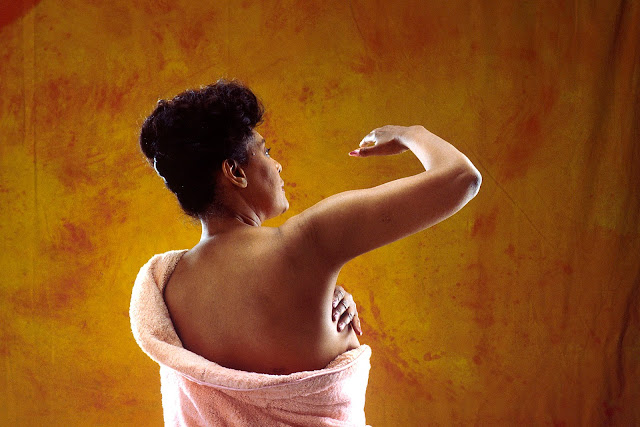 Viren Swami  is Professor of Social Psychology at Anglia Ruskin University. His research on human appearance and body image is focused on the influence of culture on beauty ideals an practices, as well as the socio-political underpinnings of corporeal experiences. He is the author of The Missing Arms of Venus de Milo, The Psychology of Physical Attraction, and Attraction Explained: The Science of How We Form Relationships.
body dissatisfaction breasts