Does my bum look big in this? How mothers’ negative body talk can influence their daughters' body image

December 07, 2020
Body image concerns can develop early in life. Girls as young as five are dissatisfied with their appearance, are afraid of becoming fat, and express a desire to be thinner (Davison, Markey, & Birch, 2000; Lowes & Tiggemann, 2003). Sadly, these concerns often increase with age and are associated with harmful weight-loss behaviours, such as dieting and excessive exercise (Paxton et al., 1991; Stice & Shaw, 2002). 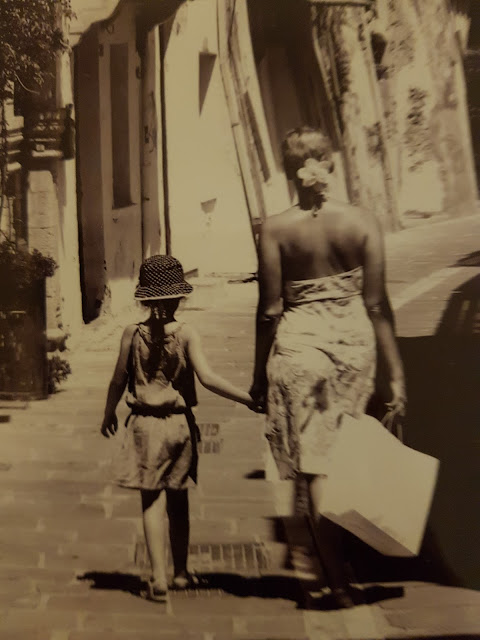 The parent-child relationship is a primary source of influence on development during childhood. For girls, mothers are important role models of eating behaviours and appearance-related attitudes. While it may seem normal and harmless for mothers to make negative comments about their own appearance or to engage in weight-loss strategies, their daughters may vicariously learn these attitudes and behaviours. Girls may model their mother’s behaviours and learn to place great value on the importance of being thin.

Together with my colleagues Charlotte Handford and Professor Ron Rapee, I was interested in testing the immediate influence of mothers’ negative comments about their own weight and shape on their daughters' body image, eating attitudes, and eating behaviour, in an experimental setting. We had 50 girls aged 8-12 years old and their mothers come into the lab. While viewing thin-ideal magazine advertisements with their daughter, mothers were instructed to make either negative comments about their own weight, shape, and diet or to make no appearance or diet-related comments. These instructions were unbeknown to the girls. Daughters' levels of body satisfaction and eating attitudes were assessed before and after they viewed the advertisements with their mothers. We also placed a bowl of sweets on the girls’ table at the end of the study and measured how many sweets the girls ate.

In our study, published in Behaviour Research and Therapy, girls whose mothers had made self-critical comments about their own appearance and diet reported lower body satisfaction, more problematic eating attitudes, and ate significantly fewer sweets than girls whose mothers had not made self-critical comments (Handford, Rapee, & Fardouly, 2018). These results remained significant after taking into account the mothers’ and daughters’ age and body mass index (BMI), daughters’ levels of depression and anxiety, mothers’ concerns about their daughter’s weight and diet, and mothers’ concerns about their own weight and diet. Taken together, the results of our study suggest that, at the least in the short term, mothers’ comments about their own appearance and diet can have a direct influence on their daughters.

It is important to keep in mind that this is just one study and that these effects need to be replicated with other mother-daughter pairs before we can know if the effects are robust. We also don’t know how long these effects last or the cumulative effect of these comments over time. Further research is needed in this area.

Nevertheless, based on our results, mothers could be encouraged to avoid modelling negative body-image behaviours and attitudes around their daughters and instead be encouraged to make more positive comments about their own appearance, or avoid appearance-related talk altogether.

Jasmine Fardouly is a Postdoctoral Research Fellow working at Macquarie University's Centre for Emotional Health in Australia. Her research focuses on social influences on body image, particularly the influence of social media and social comparisons. She is currently working on research examining ways to reduce any negative impact of social media usage on body image.