Dying For a Tan:The Case for Prohibiting the Use of Commercial Sunbeds

May 14, 2018
From the 1920’s onwards, tanning was seen as aspirational.   It spoke of foreign holidays and the lifestyle of the rich and famous. It was a matter of “looking good” and “looking well”.  The growth of the domestic tanning industry followed and tanning salons became common in the high street and in the health club.  However, over time concerns began to arise due to the health risks of sunbeds and in particular the link with skin cancer. 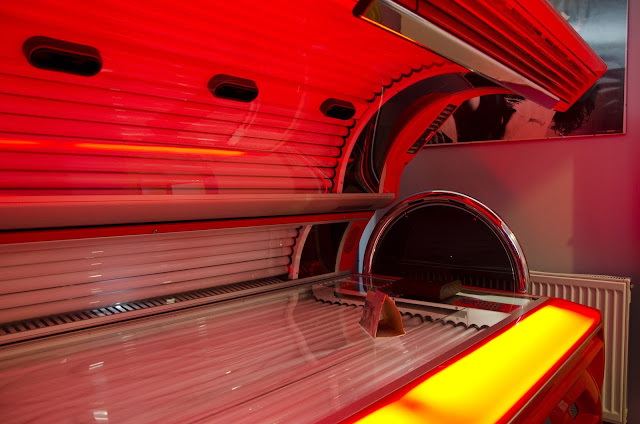 In 2006, the World Health Organization’s (WHO) International Agency for Research on Cancer (IARC) published the first report by experts on sunbed use and its association with skin cancer or melanoma.   This meta-analysis of 19 studies of associations between the use of sunbeds and the risk of melanoma showed an increase of 15% in the risk of melanoma  amongst those who had used a sunbed compared to those who had not.  Subsequently the IARC added UV-emitting tanning devices to its list of group 1 carcinogens (‘carcinogenic to humans’), with evidence that there was a 75% increase in cutaneous melanoma when the use of tanning devices starts before the age of 30. The IARC also found significant evidence of an increased risk of ocular melanoma associated with the use of tanning devices such as sunbeds. Furthermore, there is evidence that approximately 5% to 10% of indoor tanners have met criteria for tanning dependence, similar to prevalence rates for substance dependence.  Concerns over sunbed use have continued to increase over the last decade. In 2016, a review of the evidence by the EU Scientific Committee on Health, Environment and Emerging Risks (SCHEER) went one step further and concluded the strong evidence of skin cancer following sunbed exposure meant that there was no safe limit of exposure to sunbed UV radiation.      At domestic level, skin cancer is also regarded as a public health concern by the UK’s National Institute for Health and Clinical Excellence.

Over the UK, there has been gradual regulation of the use of sunbeds over the last decade. This began in Scotland, followed by legislation in England and Wales, and Northern Ireland (Public Health (Scotland) Act 2008, Sunbeds Regulation Act 2010, Sunbeds Act (Northern Ireland) 2011). The legislation includes general bans on the use of sunbeds by persons under 18 (subject to some exceptions for medical use), information provision in relation to sunbeds, use of protective glasses, and emissions. Although such legislation exists, it has been beset by practical problems of enforcement. In England it is still the case that regulations have not even been introduced to bring various parts of the legislation into force. Furthermore, it has been argued that across the UK the law has been subject to inadequate and inconsistent enforcement by local authorities; something also impacted by the extensive public sector funding cuts which have reduced the capability of local authorities to effectively actively police tanning salons in recent years.

But even if enforcement of the existing provisions were improved, given the health risks involved through sunbed use, it is argued that there is a case for a much more radical approach. Here a comparator is the approach taken in Australia. In the light of particular concern expressed as to the rise of skin cancer, steps were taken across Australian states first to restrict and then to discontinue use of commercial sunbeds. Subsequently the use of commercial sunbeds was banned. Sunbeds were surrendered by licensees, and operators received compensation for the loss of their machines and business.  Many machines were collected and disposed of by state governments, and prosecutions have followed where the legislation has been infringed.  In the UK, it is time that we also revisited this area in the light of the very real risks posed of harm flowing from sunbed use. This isn’t simply a matter of personal choice and “beauty”; sunbed use is a public health question and one which warrants further public attention. It is time that legislators revisited the whole area and moved from incomplete and inadequately enforced legislation towards a statutory prohibition on the use of commercial sunbeds.