“I think everyone looks better in pictures than in real life”: Posting Selfies and Women’s Body Image 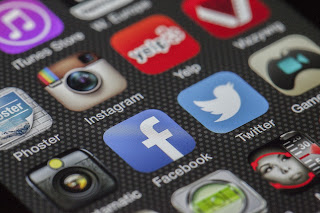 Almost all young adults aged 16 to 24 years in the UK (98%) access the internet on their mobile phones or smartphones (Office of National Statistics (ONS), 2018), and 91% of 16-24 year olds in the UK used social media in 2016 (ONS, 2017). When using social spaces such as Facebook and Instagram, women (and men) choose how to represent their bodies to others in the online world, and arguably the kinds of images they present tell us something about how they view their bodies.

Many scholars have focused on the role of selfies in how we present ourselves online (e.g. Lasén, 2015; Miguel, 2016), including the choices we make about which aspects of our bodies to reveal, and ways in which we might self-censor our bodies in selfies to protect against any potential backlash. Views of different researchers have been mixed in relation to impact of selfie posting on women’s body image; on the one hand, it has been argued that posting selfies encourages body objectification, which refers to the tendency to view one’s own body as an object, and may result in distortion of women’s body image and encouragement of unhealthy eating (e.g. Briggs, 2014; Mabe, Forney & Keel, 2014; Tiggemann & Slater, 2013). Alternatively, other researchers argue that posting selfies can boost self-esteem and empower women through enabling control over the body aesthetic, showcasing variations in beauty, and celebrating uniqueness (Tiidenberg, 2014; Tiidenberg & Cruz, 2015).

What do women selfie posters have to say?

In one recent study (Grogan, Rothery, Cole & Hall, 2018), we asked young women to account for their selfie posting in their own words. Eighteen women students aged 19-22 years, all based in the UK, answered a series of open-ended questions about their selfie posting including ‘Do you think that selfies have had an impact on your body image?’ in conversation with a young woman selfie-poster of a similar age. The answers to these questions were examined for patterns in the data using thematic analysis (guided by Braun & Clarke, 2006) and the results showed that links between selfie posting and body image were complex.

Posting too many selfies was viewed as vain, and selfies with others were preferred to individual selfies because there was less risk of being charged with vanity. Facial shots were preferred to body shots because of low body confidence, and if the body was included in the selfie it should be covered. Selfies should show people at their best; therefore, selfies where one looked unkempt should be avoided, and sexualised selfies were seen as unacceptable. Women linked selfie posting to identity management, and differentiated between their “unreal”, online identity and their “real” identity. Women edited and manipulated their selfies to present what they felt was a socially acceptable image of their bodies and faces, constructing an ideal (manipulated) body online and expecting others to do the same, as the quote in the title of this article suggests.
These results queried constructions of young women as empowered and self-determined selfie posters who are free to showcase variations in beauty and celebrate uniqueness (e.g. Tiidenberg, 2014) and suggested significant constraints on women’s posting, imposed by the women themselves due to concerns about the reactions of others. Women spoke in objectifying ways about how their bodies appeared in selfies, felt pressure to post flattering and non-sexualised selfies, and were highly aware of the likely impact on their perceived audience.

The limits to freedom in selfie posting

The accounts in this study supported an Objectification Theory (Fredrickson & Roberts, 1997) interpretation, where selfie posting is associated with self-objectification, and also with objectification of other women. This is important because the limits placed on normative female appearance in Western society remain but are not policed in a top-down fashion by men; women keep themselves in check by policing the appearance decisions of each other. This research suggests that online presentation of women is therefore no different to other arenas where female appearance is scrutinised, even when women have control (in theory) over their own images.  Clearly, selfie-posting is a complex behaviour, and young women (and men) will have a range of motivations and experiences when posting selfies. Rather than being ‘free’ to control their own images online, the women in our small-scale study were only free to express themselves within the parameters set by society which dictate how women should look. The careful policing of theirs and other women’s selfie posting that we heard about in this study, reduces the potential impact of selfies as a means to celebrate variations in beauty and showcase a variety of body types; instead, women posted “unreal”, sanitised and perfected versions of their bodies and expected other women to do the same. Future work could examine how generalizable these data are, but these initial findings suggested significant constraints on women’s representations of their bodies on social media platforms.