July 23, 2018
Selfies have often been associated with the ongoing influence of beauty ideals as an aspirational imperative (MacCallum and Widdows, 2016) but simultaneously have been criticised as forms of narcissism (Burns 2015, Walker Rettberg, 2014).  In fact, selfies are a diverse form of self-representation that includes images which their creators characterise as ‘ugly’. This is perhaps surprising given that ‘ugly’ carries strongly negative connotations. The Oxford English Dictionary defines the adjective as:

Offensive or repulsive to the eye; unpleasing in appearance; of disagreeable or unsightly aspect

A word sketch of ‘ugly’ in the British National Corpus confirms that the evaluative negativity of the adjective in its contemporary use, showing that it is used typically to modify unpleasant creatures (brute, ogre, beast, troll, monster) or an insult (motherfucker, bastard, bitch).  Why then would a person characterise their selfie with the modifier ‘ugly’? 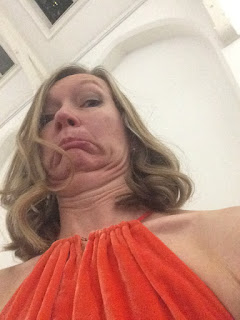 In the mainstream media, ‘ugly selfies’ have attracted attention as a form of feminist resistance , a critique of beauty ideals or a form of body positivity. The characteristics associated with these kinds of selfies include facial expressions which are indeed at odds with conventional beauty ideals, for example, showing the person creating a double chin that does not slim the face, frowning at the camera or sticking out their tongue.  But this is not the only kind of selfie described as ‘ugly’. Looking at photo-sharing across a range of social media sites helps us see the wider forms and functions that ‘ugly selfies’ can take and their relationship to beauty ideals.

Ugly selfies like those described in the mainstream media occur in Snapchat (Kofoed and Larsen, 2016) and in publicly available sections of social media sites such as Instagram, Tumblr and Twitter. As an indication of how widespread ‘ugly selfies’ have become, a search today for #uglyselfie in Instagram generated 45,648 posts.  Within Instagram, images categorised with the hashtag #uglyselfie included pictures that showed the person in the image pulling a face (so perhaps deliberately caricaturing themselves as ‘ugly’), but also showed photos of a person where they did not appear ‘ugly’ in this exaggerated way. For example, some photos showed the person after they had been to the gym, others showed the person where they reported being ill, tired or bored. Often these photos were clearly composed or filtered to present the subject in a good light, and included some which used Snapchat filters to enhance the person’s appearance.  To take the #uglyselfie hashtag at face value (pun intended) as a way of categorising a single negative aesthetic is clearly at odds with the content of at least some of these images. 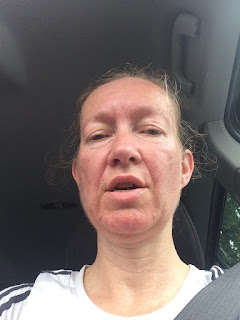 One explanation for this is that the hashtag can function as a form of positive irony, where the sender of the image says something negative about their image (and perhaps also themselves) by using the hashtag but indirectly implies a second deeper meaning that cancels out the unfavourable evaluation of ‘ugliness’.  This allows the person publishing the selfie to promote their self-image but do so without breaching what Leech (2014) calls the modesty maxim (that is, to minimize praise of self). Within pragmatics, irony is identified on the basis of some kind of mismatch, for example where an apparently positive comment expresses a negative criticism or vice versa.  There were many kinds of mismatches in the Instagram posts and the hashtag #uglyselfie that might trigger additional inferences beyond and in contrast to the propositional meaning of ‘ugly’, some of which seem to reinforce beauty ideals rather than contesting them in the way that the ‘ugly selfies’ reported in the mainstream news seem to do. A case in point is the #uglyselfie images which show the person after completing exercise, usually at a gym, in other words, undertaking physical work that shows them working towards the beauty ideals of becoming slimmer and fitter.  How far these images are intended to be taken as ironic is a moot point, but what is clear is that using the hashtag #uglyselfie resulted in praise or compliments from others. Claiming that the selfie is ‘ugly’, even when it is not, seems to be a way to gain the approval of others and to get them to say you are ‘gorgeous’ without having to say it yourself.

Ruth Page is a Senior Lecturer in the Department of English Language and Applied Linguistics at the University of Birmingham. Her research focuses on how people tell stories in social media. She is interested in the discursive construction of selfies (including ‘ugly selfies’) and their relational work in different social media sites.