Have a better relationship with your body

August 06, 2018
[This piece was originally published in Healthy magazine]


We’re encouraged to think of ‘looking good’ as a moral imperative - if you don’t have a great body then there’s a sense that you must have let yourself go (Widdows, 2018). While appearance is key to how we present ourselves to the world, most of us are unnecessarily self critical and our relationships with our bodies suffer as a result.

There are a number of issues at play here, primarily our urge to measure ourselves against others (social comparison theory). While some measures such as academic achievements are objective – qualifications prove what you can do – comparing appearance is subjective, and difficult to get into proportion. This works in tandem with self-discrepancy theory, which suggests we have three views of the self: the actual, the ideal – what we aspire to look like - and the ought – what we think we ought to look like. Evidence shows that our view of the ‘actual’ self is distorted by the other two views, which conspire to make us feel bad if we think we don’t match up.

Viewing the ‘actual’ is made difficult because of socio-cultural ideals, transmitted to us via parents, peers and the media. Research shows that if mothers engage in 'fat talk',  their daughters are more likely to feel dissatisfied with their bodies. In another study, children were found to be less likely to seek friendship with an overweight child. If we think about media - encompassing everything from adverts and TV to Instagram and even the toys we played with as kids – we see that the bodies we’re presented with tend to be slim, even if the vast majority of us are not.

To have a better relationship with our bodies, it’s the 'actual' self we need to focus on. That can seem like an impossible task, but here are some tips... 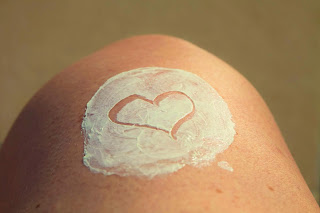 Exercise and diet cultures reinforce a sense that we should be able to change our bodies and 'improve' appearance. However, research says that for us to have a positive relationship with our bodies we must focus on the amazing things they can do – our legs walk us down the street, we can cook, draw, give hugs. Mindfulness plays a role. Think about what you’re doing right now, how you’re feeling and how your body is working. Healthy eating and exercise should be thought of in terms of how they make use feel – mastering a yoga pose or enjoying a delicious curry – rather than as tools for physical change.

We all do it – you meet a friend for a coffee or meal and start the conversation with a comment on how good they look, or let conversations focus on how we could do with losing weight. We tell little girls they look pretty. But when we dedicate conversations to our bodies we give appearance a more central role in our lives than it deserves.  It's better to praise friends for achievements than a great choice of outfit – these are things we can do something about and that say something about who we really are as people, rather than how we look.

If we can’t see our ‘actual’ self, how can we be realistic about our bodies? It's no surprise that there’s evidence that women tend to overestimate their size, and there's evidence that time on social media sites can make us feel worse about ourselves because we’re bombarded with posts that reinforce ideals. Be critical about the accounts you’re following: check campaigns like #thisgirlcan ,which has been shown to increase appearance satisfaction and a motivation to exercise. Bear in mind the hard work that goes on behind the scenes at a fashion show, and that athletes look toned because they’ve spent years working at it. Reflect, then be realistic.

Being kind to ourselves protects us by quietening that critical gremlin on our shoulder, telling us we’re not thin enough. We're harsher on ourselves than on others, so talk to yourself as you would a friend – what would you say to them if they had the thoughts you do about your body? Would you recognise that no one is perfect? That kindness feels better than criticism? That your body works – and how great is that! Write it as a letter if you need to.  You can appreciate your body even if you’re not happy with every part of it.

Fiona MacCallum is Associate Professor in Psychology at the University of Warwick, and a partner in the Beauty Demands research network.