A Rite of Passage - Bringing your Daughter to Dance Class 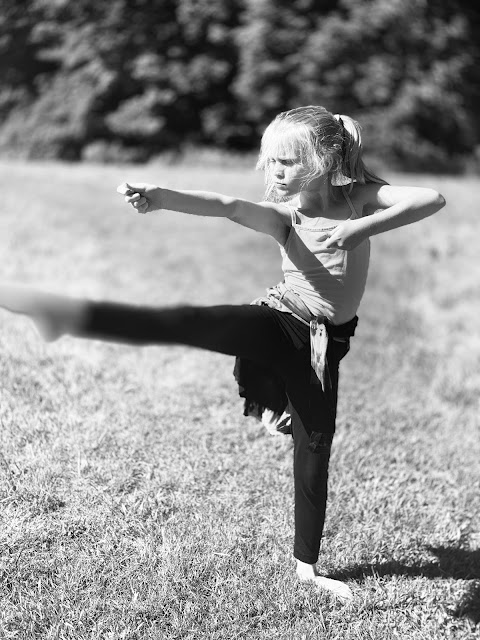 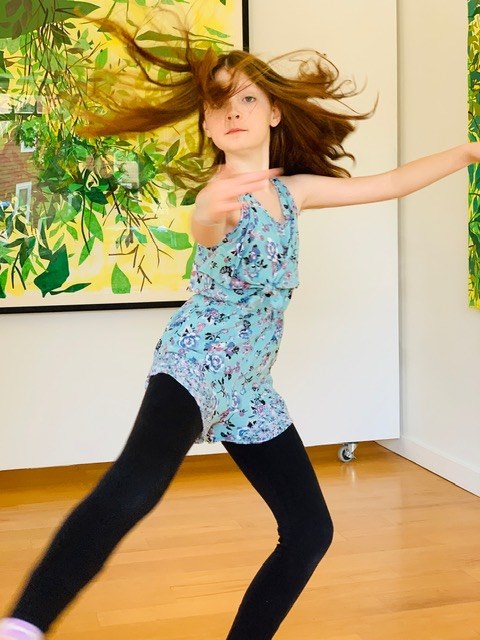 In my dance composition class, students create their own choreography. Many of my students monitor their work for not adhering to “feminine movement standards.” They complain that the movement is too choppy, not smooth enough, not fluid. I ask them why their movement cannot show all different qualities, and I explain that as a dancer they should access a full palette of movement expressions, not only what is deemed “feminine.” The studio can be a place to disrupt socialized controls on the body.
One has to be confident and unconcerned about one’s appearance if one is to create. If one is worried about how they look, they will be stuck in front of the mirror instead of stepping out of the studio and making their movement known in the world. Performing your own creation is hard because it means facing the reality that your vision may find rejection or indifference. One must be courageous and bold. The western concert dance field is predominantly female, but the creative power in all disciplines; ballet, musical theater, hip hop, and contemporary/modern dance, is largely in male hands. Why are women not taking creative power? Does the focus on their appearance take away their confidence? With this lack of confidence, men choreograph the bodies of women---how they move, how they appear and what stories they tell.
UK dance critic Luke Jennings (2017) brought attention to the fact that the Royal Ballet has recently produced many pieces by male choreographers that depict violence against women: in Liam Scarlett's Sweet Violets (2012) women have passive roles where they are either raped or eviscerated and in his Frankenstein (2016) women are hanged and murdered; in Kenneth MacMillan’s Mayerling (1978) women are raped and shot, in his The Invitation (1960) the girl is raped, in his piece Las Hermanas (1963) the youngest sister is hanged, and in his The Judas Tree (1992) a woman is gang raped and murdered. And all of these performances were followed by a Royal commission that produced Arthur Pita’s The Wind (2017), which focuses on a violent rape. Where are the dances choreographed by women that depict a different physicality?
Now as a dancer, mother of two daughters who dance, and educator, I want to make sure that my daughters are aware of societal pressures that are being inscribed onto their bodies and possibly enforced in the dance studio. I want them to question what is normalized. What costumes are they being asked to wear, what body type is encouraged in the studio, what kind of choreography are they being asked to dance, are their creative voices nurtured, are boys being treated differently than the girls, and are the dancers asked to express a full range of movement qualities? When I take my daughters to see a dance performance, are all the choreographers male?
A female can lose control of her body, worry about adhering to an aesthetic that is birthed out of a male perspective, and see her self-esteem, and thus power fade. What happens when a woman does not own her body? I want everyone to dance, but I want people to be aware of how an art form that uses the body as its medium can reflect societal perspectives of how a female body should look and move. I implore people to ask themselves whether a dance studio or choreography is enforcing rigid gender roles that shape body prejudices and preferences. Dance can break down hegemonic controls on the body and open new modes of expression and being. So please bring your daughter and your son to dance class, and have them move and explore all facets of themselves. Every body should be dancing.

Heather Harrington is on faculty at Kean University and Drew University, N.J. She danced with the Martha Graham Ensemble, Pearl Lang Dance Theatre, and Bella Lewitzky Dance Company, and in 1999, she created the Heather Harrington Dance Company. In 2016, she embarked on a long-distance collaboration with Lebanese dancer, professor, and choreographer Nadra Assaf examining the female body in their respective countries.
“What About Me” http://dancercitizen.org/issue-4/following-up/heather-harrington/
www.heatherharrington.com