How being in nature promotes healthier body image

September 28, 2020
The idea of nature acting as “tonic” for urban society, with the potential to promote physical health and well-being has a long history [1]. In the early modern period, for example, greenspaces – such as the Place Royal (now Vosges) in Paris and the royal parks of Greenwich, St. James, Hyde, and Richmond in London – were opened to the public as a way of providing social and physical rejuvenation for town-dwellers. By the mid-nineteenth century, as many of Europe’s cities became overcrowded – in London, it was estimated that one in every four tenement flats was overcrowded in 1848 – open spaces and greenery became all-purpose medicines to cure a range of illnesses [2].

In the early part of the twentieth century, these ideas were taken up by the garden city movement, who viewed nature as the most direct way of reducing the health problems associated with urban overcrowding. Writing in Garden Cities of Tomorrow, Ebenezer Howard launched his vision for a series of ideal towns [3]: self-contained communities surrounding a central park, and in turn surrounded by greenbelts consisting of open spaces and large gardens, which would promote better physical health for people of all classes. Letchworth and Welwyn, the first garden cities designed in the 1910s and 1920s in Hertfordshire, stand as testament to Howard’s thinking, though both have struggled to remain affordable and self-sustaining in the twenty-first century.

The problems that the Garden City movement grappled with in the early part of the twentieth century are even clearer today. For the first time in history, a majority of individuals globally live in urban areas [4] – in the UK, 83% of the population now live in cities and towns [5]. More than that, we are also spending less time in nature than at any time in human history: one study found that the average person in the UK spends about 95% of their time inside buildings [6]. Unfortunately, urban life comes at a huge cost: a wealth of evidence shows that urban living has negative impacts on mental and physical health, including greater symptoms of depression, anxiety, and mood disorders, as well as increased likelihood of cardiovascular and lung diseases [7].


Nature and Health
Conversely, being in nature has a wide range of benefits [8, 9, 10, 11]. In terms of physical health, English populations with the most greenspace in their surroundings also have the lowest rates of mortality, better physical health, and make fewer demands on healthcare systems. Similarly, greater time spent in nature is associated with better mental health, including lower rates of depression, anxiety, and stress, as well as speedier recovery from mental ill-health. The benefits of being in nature go beyond physical and mental health, and include improved subjective well-being, lower levels of fear and aggression, improved learning abilities, better imagination and creativity, and greater feelings of non-religious spirituality and a sense of fulfilment in life [12]. In short, there is simply no doubt that being in nature is good for us.

My colleagues and I wanted to know whether the benefits of being in nature might extend to one’s body image. To examine this, we asked a sample of adults in the United States to complete measures of their exposure to nature in everyday life and body appreciation, an index of positive body image. In our study, we found that both women and men who reported greater exposure to nature also had more positive body image [13]. Because it wasn’t possible to determine whether nature exposure causes improvements in body image from this study alone, we next conducted two experimental studies that could tell us more about causal relationships. We found that, when British adults were asked to go for a walk in a natural environment (in this case, a 2.5-kilometre walk in Hampstead Heath in London) or when they spent time in a greenspace (Primrose Hill in London), they experienced improvements in positive body image [14].

Experiencing these positive effects on body image does not necessarily require exposure to real nature. Across three studies, my colleagues and I also showed that viewing a series of 50 images of natural environments produced improvements in body image [14]. The boost in terms of body image when viewing these images was not as strong as that experienced from being in real nature, possibly because static images offer only limited representations of real environments. Much better than static images are films of natural environments, which have been shown to have positive effects in terms of physiological and psychological well-being [15]. In a further study, my colleagues and I developed a 3-minute film of a first-person walk in a nature, which we found was effective at improving positive body image to a comparable degree to real nature [16]. The use of “isomorphic nature” – stimuli that mimic real nature exposure – may be potentially useful for populations that have limited access to real nature or who are less mobile.


Explaining the Impact of Nature on Body Image


Exposure to natural environments – whether real or isomorphic – offers a novel way of promoting healthier body image but, before we can fully capitalise on benefits, we will need to better understand what causes these changes. One explanation draws on Attention Restoration Theory [17], which suggests that “restorative settings” like nature can help in the recovery of depleted psychological and physiological resources, which in turn changes negative states to positive ones. Drawing on Attention Restoration Theory, my colleagues and I have suggested that being in nature supports speedier recovery from threats to body image [14]. In addition, being in restorative environments may also help us distance ourselves from contexts that are appearance-focused, which promotes more positive body image. 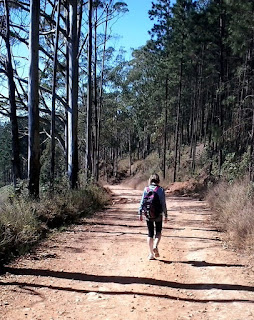 While this explanation focuses on a possible direct effect, it is more likely that there are multiple pathways – some direct and some indirect – that explain the benefits of nature exposure on body image. For example, one possibility is that regular access to real natural environments helps to focus our attention on the body’s functionality by highlighting what the body is capable of achieving – such as when we walk, cycle, or ramble through nature. Greater appreciation of the body’s functionality may then promote healthier body image. Another possibility is that natural environments provide opportunities for “cognitive quiet” – rumination that does not require effortful attention, such as when we watch the sun setting or listen to water running in a stream. This, in turn, may provide the space for a more self-compassionate mindset that, in turn, promotes healthier body image. In another study, my colleagues and I found support for both explanations in British adults [18].

These aren’t the only possible explanations. Another possibility is that spending time in nature helps to promote greater connectedness to nature, or a sense of oneness with nature. Greater connectedness to nature may then help develop greater respect and appreciation for our bodies as part of a wider ecosystem requiring protection [13]. This may be particularly true in women who see commonalities in the subordination of their gender and the destruction of nature [19, 20]. Consistent with this explanation, another study by our research team showed that watching the nature film mentioned above was effective at reducing self-objectification – the tendency to view and treat oneself as an object to be judged on the basis of physical appearance – in women [20]. More generally, being “away” in nature may help to focus our attention on competence-related attributes – such as the body’s functionality and health – that help to reduce body shame.

Ensuring Access to Nature
Spending time in nature – or exposure to isomorphic nature – seems to be a simple and cost-effective way of promoting more positive body experiences, quite aside from better physical and mental health more generally. Of course, this means that everyone should have easy access to natural or designed greenspaces, particularly in urban areas where town planning and greenspace requirements are often at odds. In the UK, for example, there is an urgent need to protect the provision of, and access to, natural environments in line with UK government guidance [21]. This benchmark specifies that no person should live more than 300 metres from their nearest area of natural greenspace (of at least 2 hectares) and that there should be at least one accessible 20-hectare site within 2 kilometres from home, one 100-hectare site within 5 kilometres, and one 500-hectare site within 10 kilometres. More broadly, ensuring that funding is available for the maintenance and creation of greenspaces is vital, given that few public services offer such wide-ranging benefits for individuals, local communities, and national economies [22].

Viren Swami is Professor of Social Psychology at Anglia Ruskin University, UK, and Director of the Centre for Psychological Medicine at Perdana University, Malaysia. His research on body image and human appearance is focused on situating embodiment within different cultural, economic, and socio-political contexts, with the aim of identifying factor and activities that promote healthier body image. He is the author of Attraction Explained: The Science of How We Form Relationships.