Zac Efron’s “dad bod transformation” caused a furore on social media after his Netflix show, Down to Earth, was released. Some loved his ‘new look’, others argued that calling his physique a ‘dad bod’ shows just how far the male beauty ideal has gone. Zac Efron isn’t the only celebrity shamed and praised for his ‘dad bod’. Jason Momoa was shamed last year for holiday pictures without a six-pack. And, Jamie Jewitt and Antony Costa have been praised by fans for working on their ‘dad bods’. The term ‘dad bod’ was coined by Makenzie Pearson in a 2015 article Why Girls Love the Dad Bod, and the term quickly went viral with many debating whether this type of male body should be a source of shame or pride.

The ‘dad bod’ phenomenon is just one of the beauty ideals which men try to attain. In Perfect Me, Heather argues pressures to be perfect are increasingly affecting men. “The men’s personal care industry is predicted to hit $166 billion by 2022” and men’s skin-care products are “currently valued at $122 million”.[1] No longer is it only women’s bodies that are to be ‘looked at’.

Internalised shame is intensified by body shaming and fear of being body shamed. Some of the stories men have submitted to the #EverydayLookism campaign are: 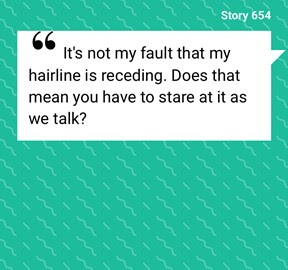 The stories show that body shaming hurts. And yet body shaming is normalised, part of everyday experience, and maybe even harder for men to call out than women. We know that these comments hurt, but we can find it hard to explain why.

The #EverydayLookism campaign gives us words. It names LOOKISM, it helps us understand and explain just why body shaming is discriminatory and harmful. It is never OK to make lookist comments, let’s say so. If our bodies are our selves then body shaming is people shaming. Calling out lookism shifts this to the perpetrator. People who make sexist comments are shamed, let's do the same with lookism, let's make it obviously wrong. By sharing anonymous stories of lookism, we can kick back against body shaming and make a kinder culture where we are less afraid of being shamed and less ashamed of ourselves.

To find out more about the campaign, read the anonymous stories, or submit your own go to: everydaylookism.bham.ac.uk