On 19th February 2021, the #EverydayLookism campaign hosted the first of its live-streamed panel discussions. In this event – Body Image As A Public Health Issue – Professor Heather Widdows, Dr Antonis Kousoulis (The Mental Health Foundation) and Dr Luke Evans MP discussed why we need to take body image seriously, and reframe it as a matter of public health. 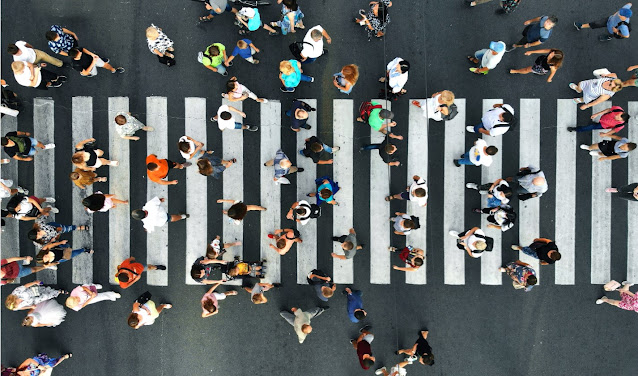 The panellists began by explaining why body image is important enough to be a public health concern. They argued that a focus on body image can have significant mental health implications (such as anxiety and depression) and can also have wider effects on physical health and everyday life (for example, preventing young people speaking up in class or engaging in physical exercise).

For example, Heather cited the 2016 Girls’ Attitude Survey by Girlguiding that showed that 53% of girls between 7-10 years old think that they have to be ‘perfect’ most or some of the time, and this number rises to 84% of girls between 17-21. Similarly, Antonis outlined a 2019 study by The Mental Health Foundation that showed that 1 in 5 adults had felt shame about their bodies, rising to 1 in 3 for teenagers. Drawing on his clinical practice as a GP, Luke explained that his main concern is with the current trend for people to compare their bodies to unrealistic, and ultimately unobtainable, images of the ‘perfect’ body. He worries that, if we do not act now, learned behaviours about body image could be passed down through the generations, in the same way as evidence suggests that negative behaviours around eating disorders can be passed down.

All three panellists agreed that body image should be seen as analogous to other public health concerns – particularly smoking. Smoking used to be looked at as individual choice only, not an issue for communal action and concern. Reframing the debate is transformative. As Heather explained, if young people were struggling as much because of the effects of some new drug, we’d do something about it. We must do something about the negative effects of body image.

The panellists then discussed why we need to have this conversation now. Heather argued that we have never had a visual and virtual culture like this before. Unlike previous ages, we are now exposed to more (often doctored) images, and these images have less variety in terms of what is considered an ‘acceptable’ or ‘normal’ body. As Antonis explained, the lack of variety in these images can have intense psychological effects if you do not look like the ‘ideal’ body. As he states, if you don’t grow up seeing images of people who look like you, you ultimately come to believe that there’s something wrong with you in terms of how you look. This belief can become internalised. Luke linked this to a wider concern that the definition of ‘normal’ is being whittled down. He stated that the current definition of ‘normal bodies’ are always aiming at an idealised, unobtainable centre point, and ignoring the natural variations that should be accommodated in the definition of ‘normal bodies’.

The panellists argued that the importance of body image has become especially noticeable in lockdown. As Heather explained, we have become totally embedded in a visual culture where we spend hours each day staring at our faces and noting their imperfections. She stated that enquiries to plastic surgeons went up dramatically after the first lockdown, with people wanting to alter their facial features. Antonis added that, despite the global pandemic, we are nevertheless still encouraged to focus on our body image. Zoom has an option to touch up your appearance on calls, and ads are still telling us to be ‘beach body ready’ once lockdown ends.

The panellists then considered why current responses to body image are unsatisfactory. Heather explained that, until very recently, body image was dismissed as ‘girly’ or a ‘teenage issue’ that people grow out of. “Oh, it’s just appearance, we’ve always had to worry about that.” From a political angle, Luke recalled how he had been told that body image was a women and equalities issue, rather than a health issue. The panellists all emphasised that body image is a global issue that has significant public health implications.

The panellists concluded by considering what we can do to tackle body image issues, and they suggested three main strategies: legislation, education, and culture change.

At a policy level, Luke encouraged people to contact their local MPs, sign petitions, and support relevant campaigns. For example, Luke is trying to pass a bill on digitally altered images, which would require doctored images to have an identification mark on them. By identifying such images, Luke hopes to prevent the younger generation in particular from aspiring to bodies that, no matter what they ever do, they will never be able to achieve because the ‘ideal’ is fake and unobtainable. In a similar vein, Antonis and Heather are working to alter policies around image-editing apps, to ensure that they are age-appropriate and have more restrictions about whether under 18s can use them.

At an education level, the panellists agreed that we need more education on body image. Antonis explained that this links to the concept of health security in public health. We want people to make their own choices, and take responsibility for their choices and their lives, but to do this, we have to have 2 things in place: 1) we have to protect them from harm that they cannot protect themselves from, and 2) we have to educate them so as they can make informed choices.

At a cultural level, the panellists agreed that we need to change the conversation. Conversations about body image should not be about what individuals do and don’t do in relation to some beauty ideal – we shouldn’t judge individuals. Instead, the conversation should be about changing the culture so we are less focused on our bodies. Once we focus on bodies less, we can be hopeful that this will have a knock-on effect on other public health issues (like body anxiety, eating disorders, etc.).

As Heather explains, this is the importance of the #EverydayLookism campaign. We argue that it’s not OK to say negative things about other people’s bodies. No matter what. We aim to shift the shame from the person who is body shamed, to the person who is saying those hurtful remarks.

To view a recording of the Body Image As A Public Health Issue discussion, please visit: https://www.facebook.com/unibirmingham/videos/1180318135731511

1)     Appearance Bullying And Lookism (5th March 2021, 1-2pm, University of Birmingham Facebook (Live)). In this panel Professor Widdows is joined by Bell Ribeiro-Addy MP, Martha Evans of The Anti-Bullying Alliance, and Phyllida Swift of Face Equality International to discuss the prevalence of appearance bullying, the most common form of bullying, and why this needs to be taken as seriously as other forms of bullying.

2)     Body Image And Mental Health (19th March 2021, 1-2pm, University of Birmingham Facebook (Live)). In this panel, Professor Widdows is joined by Chris Evans MP and Steph Bird from Girlguiding to discuss just how deeply body image anxiety cuts, and its impact on people’s self-esteem and behaviour.

For further details, and to register for the events, please visit:  https://www.birmingham.ac.uk/schools/ptr/departments/philosophy/news/2021/everydaylookism-campaign-facebook.aspx