Throughout February – March 2021, the #EverydayLookism campaign hosted a series of live-streamed panel discussions.  In an earlier blog post for Beauty Demands, we wrote about the first event – Body Image As A Public Health Issue. In this blog post, we discuss the second and third #EverydayLookism events. 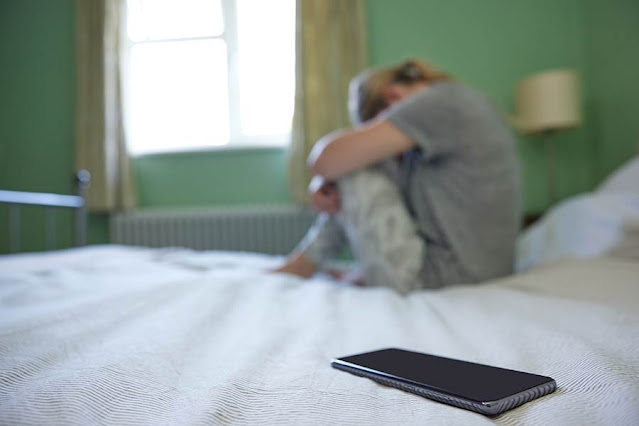 In ‘Appearance Bullying and Lookism’, Professor Heather Widdows, Bell Ribeiro-Addy MP, Martha Evans (The Anti-Bullying Alliance), and Phyllida Swift (Face Equality International) discussed appearance bullying, the most common form of bullying, and why this needs to be taken as seriously as other forms of bullying.

Phyllida outlined the sorts of lookism she faces as a woman with facial scarring, and explained how Face Equality International aim to challenge the discrimination, ostracization, and vilification experienced by those with facial disfigurements.

Martha discussed how the very skinny ‘heroin chic’ beauty ideal of the late 90’s had caused her to feel like her body didn’t fit in. She also explained how the Anti-Bullying Alliance have a number of policies designed to counter bullying (including appearance bullying), such as their Anti-Bullying Week campaign, which is taught in around 80% of UK schools.

Bell recounted how negative comments about her body and appearance make her feel self-conscious and uncomfortable doing parts of her job as an MP. She explained how the Women and Equalities Select Committee have recently done a report on appearance and body image. The report touched on how appearance and body image can affect mental health, and also highlighted how social media companies and government have failed to act quickly enough to counter appearance bullying and lookism.

Heather explained how the beauty pressures that her daughter faces are different and more extreme than the pressures she faced growing up. She argued that lookism is an issue of justice that has serious communal costs, and feeds the epidemic of body image anxiety. She explained how the #EverydayLookism campaign aims to name lookism, and raise awareness of how prevalent and damaging it is.

There were four key take-home messages. 1) Appearance bullying should not be dismissed as ‘banter’ or ‘a bit of fun’. To try and counter appearance bullying we need: 2) better representation, 3) improved education, and 4) to change the culture.

1)Martha explained that appearance bullying isn’t banter. Rather, people who are being bullied use protective measures, like laughing along and not saying anything. If someone is hurt, it’s not banter! Phyllida gave examples of how social media makes appearance bullying more prevalent, and presents it as ‘a bit of fun’. She cited a 2017 Changing Faces report which stated that 96% of the general public had seen a meme, post, or photo that was mocking someone with a disfigurement. For example, she referenced the 2020 TikTok challenge, ‘The Teacher Prank’, in which parents used pictures of real people with facial disfigurements to shock and scare their children.

2) Part of the problem with appearance bullying is that the range of ‘acceptable’ bodies is narrowing. As the beauty ideal becomes more prevalent and demanding, more people fall outside the ideal and lookism spreads. To counter this, social media and media in general need better representation and we all need to see a more diverse range of bodies. For this to work, we need real diversity, rather than tokenism.

Phyllida emphasised that we need greater representation in films, TV, and other media. She highlighted that disfigurement is often used to symbolise that a character is evil or villainous in some way, and the examples of The Witches and Lord of The Rings were discussed. She explained how this perpetuates negative societal stereotypes about those with disfigurements, and causes real people with disfigurements to be ostracized and vilified.

3) Bell argued that we are not born discriminating against others; it is a learned behaviour. To counter lookism, we need to teach children (and everyone) about differences, about lookism and its effects, and make sure everyone knows why it’s not OK to say and do certain things.

4) The panellists emphasised that this is not an issue of individual responsibility – it’s not just about making people more resilient, or criticising individuals for doing or not doing certain things. Dealing with appearance bullying needs collective effort. We need to change the culture (as we have done previously with sexism, for example) by calling out lookism and making it not OK to make comments about other people’s bodies or appearance. We need to move the shame from the person being bullied, to the person who is making the negative comments. Body shaming is people shaming, and we simply should not do it.

The panellists emphasised the lack of research on body image anxiety, and that a lot of what we know about body image anxiety comes from anecdotal evidence. Chris discussed his own experiences with body dysmorphia and how, after introducing the topic in Parliamentary debate, he was inundated with letters from people also struggling with body dysmorphia. Steph recounted how she was bullied at school about her appearance, and how this had lasting effects on her. Heather highlighted how many of the submitted #EverydayLookism stories are remembered from years ago. Undoubtedly the negative comments about appearance matter, cut deeply, and have long-lasting psychological effects.

The panel explored the connection between body image and mental health using Girlguiding’s annual Girls’ Attitude Survey; one of the few pieces of research on body image. Steph explained how the 2020 survey found that 80% of 11-21 year olds have considered changing their appearance, and a third of them would do so to feel accepted and fit in. 48% of 11-21 year olds also said they use social media filters to make themselves look better, and over a third wouldn’t post a photo online unless they’d changed it in some way. This shows that a large proportion of girls and young women are experiencing body image anxiety, and want to change their appearance as a result.

Chris was passionate about the need to have these conversations with boys too. He explained that in many communities, body dysmorphia is a silent condition because people (especially men) don’t talk about it. Heather suggested that part of the problem here is that we are still conditioned to feel shame when talking about body image and lookism. Heather suggested that culture change involves naming lookism and making it not OK to comment on other people’s bodies or appearance. This is the aim of the #EverydayLookism campaign.

Key take home messages were: 1) the need to understand the impact of social media, 2) recognising that current ideals are not healthy, and 3) that body image connects to identity.

1) Social media can be positive – it can create a sense of community, it can give people a voice, and it can be used as a platform to call for change. But it can also be damaging. Social media companies are slow to remove dangerous content (e.g., ‘how to guides’ for eating disorders), or prevent bullying, trolling, etc. Steph explained this is getting worse, as a recent Girls’ Attitude Study conducted during lockdown found that 85% of girls aged 15-18 are spending more time on social media. Time spent developing other skills is important for mental health, and could also help to address body image anxiety (by encouraging people to spend time on things not connected to appearance).

2) Unrealistic body ideals for both men and women are presented as ‘healthy’. But these bodies are rarely healthy! Created using cosmetic surgery, steroids, excessive exercise, and excessive food regulation and yoyo cycles of dieting. And this is just the physical health impact, the impact on mental health is far worse!

3) In many working-class communities, opportunities for work and sport are dwindling meaning that body image is being replaced by a particular appearance ideal. Working on their bodies to achieve the very buff, ripped body that is supposedly the ‘macho’ male body ideal, can replace other male ideals. Attaining the ‘buff’ ideal includes dangerous practices such as excessive exercise, steroid use, and is a potentially damaging stereotypical view of masculinity.

If you would like to join the #EverdayLookism campaign by submitting a story, please visit www.everydaylookism.bham.ac.uk

Recordings of the #EverydayLookism panel events are available on the University of Birmingham YouTube channel: Panel 1, Panel 2, and Panel 3.