Adina Covaci on the Homogenisation & Globalisation of Beauty Norms 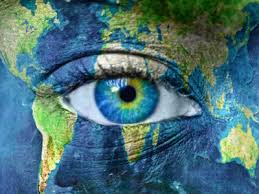 In advance of our 3rd Beauty Demands workshop, doctoral researcher Adina Covaci considers the homogenisation and globalisation of beauty norms and discusses the idea that the process which underlies the spread of these norms constitutes a form of propaganda.

Is it still the case that there are significant cultural differences in dominant beauty norms and ideals or are beauty norms becoming increasingly homogenised and global? If so what are the drivers of this? Is it a westernised norm? Are there key ethical, legal or practices issues which arise in this context?

As I see it, the first question doesn’t contain an exclusive disjunction, so I think it can be said that, at the same time, there still are some cultural differences in beauty norms across the world, but that these standards are indeed becoming increasingly globalised. However, I don’t know if I would call these differences “significant” though, as the concept in itself is a little vague.

For example, a study (Yan & Bissell, 2014) which focused on the portrayal of female beauty worldwide through an analysis of four top beauty and fashion magazines from 12 countries/regions showed that Asian cover models were less sexualized and glamorized than European, North American, Latin American and South African ones. This, the authors argue, is the result of the fact that the Asian society has more traditional and conservative values, which shapes their idea of beauty. Another study (Gelles, 2011) showed that, although changed in many aspects, the traditional Indian beauty ideal still celebrates specific features, such as wide hips and large breasts as well as long, dark hair.

So there certainly still is some independence regarding the portrayal of female beauty across the world, but I am not certain that it can be called “significant”, given the massive wave of other western trends that have permeated most non-western societies: the Caucasian skin tone (see the popularity of the ‘Fair and Lovely’ cream in India, as well as that of skin lightening products in Asia); thinness (the number of women suffering from eating disorders has increased in India from 5 up to 10 times of what it was 10 years ago); pronounced noses (see the popularity of rhinoplasty in Asia); enlarged breasts (breast augmentation is one of the two most popular cosmetic surgeries in almost all countries which participated in a survey conducted by The International Society of Aesthetic Plastic Surgeons in 2014) etc. Thus the claim that beauty is being globalised is not an overstatement: the empirical evidence clearly shows that beauty standards are in the process of being homogenised.

I believe that the drivers of it are the advertising, beauty and fashion industry — helped by mass media — which greatly influence each other and together propagate the western beauty norms as the ideal beauty norms. There is empirical research on it — see, for example, the upcoming documentary The Illusionists —, but there is no need to do a thorough academic research to see this; instead one can just turn on the TV, open a magazine, go around any city and look at different advertisements. In a world where out of 32.000 women, over half view their bodies as “disgusting” (Dove Campaign for Real Beauty, 2004) and the number of cosmetic procedures in just 8 countries (ISAPS, 2014) is over 20 million, it is only natural to assume that there is a causal influence between these phenomena; that these industries are conspicuously propagating only one type of beauty and the fact that women are unhappy with themselves if they fall short of that ‘ideal’ and make serious efforts to reach it is not a pure coincidence.

I believe that there are very important ethical issues related to this. I think that the process of the globalisation of beauty as facilitated (maybe even created) by the above mentioned industries can be seen as a form of propaganda. Most popularly, propaganda is being identified by and equated with the devices that the Institute for Propaganda Analysis has warned us about over 50 years ago: name-calling, glittering generalities, transfer, testimonial, plain folks, card stacking, bandwagon (How to Detect Propaganda, 1937). But propaganda involves much more than this, and Stanley B. Cunningham’s analysis (Cunningham, 2002) shows why its more subtle features also point to important ethical issues.

Briefly, propaganda, as described by Cunningham, is a process which is constituted by a litany of epistemic deficits: it instrumentalizes truth by transforming it into a means rather than an end and by subordinating it to utility and credibility; it presents itself as information and understanding when in fact it manipulates facts and truths; it discourages higher epistemic values such as critical thinking and reflection; it overloads the audience with information while exploiting its confusion and expectations; it uses dubious epistemic devices such as implications, suggestions and innuendos. And, as Cunningham argues, this way of subordinating these epistemic values has ethical significance, as truth and truth values are both epistemic and moral values. They have ethical importance as they are central to moral reasoning and moral discourse. Moreover, efficiency and utility, which are chosen as ends over truth, are not morally neutral, and the benefits they bring about, not matter how high, do not justify the use of any means, such as the above mentioned subordination of epistemic values. So, due to the close relation between means and ends in the ethical evaluation of an act, propaganda can hardly be seen as morally unproblematic. And, if one also thinks about the kind of intentions that usually stand behind it, it is clear that most propaganda will raise a moral flag. Moreover, given that propaganda involves belief control and manipulation one can immediately point to the fact that it affects our awareness and understanding, perhaps even our freedom, and thus it may impair the possibility of rational choice.

Looking at this analysis of propaganda it is not at all difficult to see how well the process of the globalisation of beauty fits the pattern. Let’s look at the facts: the beauty and fashion industry, helped by the advertising industry and mass media in general, choose to overwhelmingly portray a specific type of beauty with certain features, namely western ones. Why is this propaganda? Well, firstly, it deceitfully transmits the idea that the western beauty norms are the real, objective beauty norms, and what it means to be beautiful is to embody these characteristics. Thus it poses as promoting facts and truths when in reality it only wants to discourage people from reflecting on the many forms of beauty that exist. It marches upon murky devices such as suggestion and innuendo, sending women everywhere a message that dishonestly speaks about a purported strict connection between the conspicuousness of the western beauty type and what it means to be beautiful in general. Here it’s interesting to see how this instrumentalisation of truth happens; it is true that this is the beauty ideal of the western world in our times (let’s leave aside for now how good or bad that is). But what the globalisation of beauty does is not to present it as such, but to promote it as the beauty ideal, the universal standard which other cultures should strive to adopt and achieve. The goal is not the truth or a real conversation about beauty, but rather feeding the multi-billion industries which are involved. Globalising beauty is about making women believe certain things in order to gain benefits which translate into money and influence.

Secondly, the globalisation of beauty continues the reprehensible tradition of telling women how to look, how to dress and how to be, and exploits society’s confusion, insecurities and expectations regarding these issues. By overloading people with the same information, promoting one type of beauty, it reinforces the idea that women have to conform to this ideal and, if they don’t, they are simply not beautiful; which, in turn, of course, as illustrated by the media and reinforced by society, makes them less happy, less desirable, less likely to succeed in life (Gelles, 2011).

Thirdly and lastly, given that the intentions behind this process have to do with funding the industries that I have mentioned above and making profit, all of this by deliberately making women everywhere unhappy, one could hardly divorce the globalisation of beauty from any kind of ethical issues.

From what I have said, a very grim picture of the current situation has been painted. However, things are not quite as disastrous yet. As I have indicated in the beginning, research shows that some independence of the global ideal of beauty still exists, and there are many campaigns which have recently been created with the goal of promoting beauty beyond the western type which have been successful thanks to social media. Nevertheless, the globalisation of beauty has not stopped in the meantime and its effects can still be seen. This is why I think a broader dialogue needs to be opened: it is very important that we all critically reflect on this issue and be aware of the fact that globalised beauty is telling only half the story.

In Footnotes on Shoes , an interdisciplinary group of writers reflects on the cultural meanings of shoes and, in particular, women’s fascination with shoes – something which it seems has existed through the ages and across the globe.  The editors Shari Benstock and Suzanne Ferris (2001) note in their introduction that there is an Imelda Marcos lurking in each and everyone of us, referring to the infamous wife of the Philippine dictator who amassed more than 3,000 pairs of shoes during her lifetime. Women seem to have an insatiable lust for shoes. Feminist scholars have had plenty to say about this female obsession with shoes (Wilson, 1985; Wolf, 1990; O’Keefe, 1996; Bergstein, 2012).  Initially, they viewed women wearing high heels as the victims of male oppression. Stiletto heels were the ultimate symbol of female subjugation, reducing their wearer to the position of sex object, crippling and deforming them in the name of male-defined beauty norms, and preventing them from being
Read more
Follow @BeautyDemands
Tweets by BeautyDemands