Alice el-Wakil on the Homogenisation & Globalisation of Beauty Norms 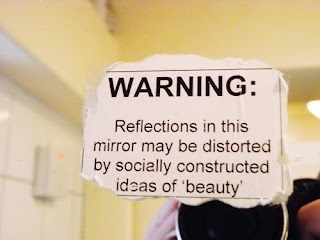 Following the success of our third workshop on the homogenisation & globalisation of beauty norms, PhD student Alice el-Wakil discusses the idea that 'lookism' constitutes a form of social injustice.

Is it still the case that there are significant cultural differences in dominant beauty norms and ideals or are beauty norms becoming increasingly homogenised and global? If so what are the drivers of this? Is it a westernised norm?

Numerous empirical researchers who have studied the evolution of beauty standards have observed that beauty ideals and norms have much evolved over time. If some features appear to have been dominant through the ages (such as a relative thinness, harmony or youth of a body), both the place and the context seem to have influenced the development of specific norms. However, the scope for variety might have reduced in recent times. My intuition would be that new technologies as well as more widely accessible media – whose perspective has been playing an important role in setting general social norms – have enabled an increased circulation of images, and made it possible to highlight certain physical features, to make them more visible than others, and to elevate them into globalized beauty standards. While these mediums could have been used to promote the diversity of what can or should be portrayed as ‘beautiful’, they have mainly been used to promote a very narrow image of beauty.

The definition of specific features as beautiful produces winners and losers in every society. It is thus crucial to question their origin and to ask whom they (dis)favour: beauty norms can and usually do embody structural socioeconomic, sexual, or racial injustice, and deconstructing them is necessary in order to prevent these norms from contributing in making some oppressed groups even worse off. Actually, independently from how exactly these standards are constructed and from what bodies are presented as ‘beautiful’, we can take as given that in every society, at anytime, there is a strong and general agreement on standards of beauty. Most of the society’s members are able to determine, in their everyday life, whose looks is beautiful and whose isn’t. And depending on where a person is placed on the continuum going from ‘beautiful’ to ‘ugly’, she will be treated differently – to a very often underestimated extent.

Are there key ethical, legal or practices issues which arise in this context?

I consider that if we take these differences of treatment seriously, we have strong reasons to consider the current use of beauty norms and ideals as problematic in terms of social justice. One’s ascribed position on the beauty continuum can have an impact on all the spheres of one’s life, especially for individuals considered as failing to conform to beauty ideals. Sociologists, psychologists and economists have shown that ‘ugly’ people nowadays have a higher risk of suffering from exploitation, marginalisation, powerlessness, cultural imperialism, and violence – the five dimensions of oppression as defined by Iris M. Young (1990): for instance, lower salaries, obstacles to obtain socially valued jobs, or explicit demands to alter (or ‘enhance’) their appearance characterise their structural position in most parts of the world. As such, the more globalised the ideals of beauty will be, the less possibilities there are for individuals who don’t fit these ideals to escape oppression. This situation raises several key ethical questions. I have been working on one of them: If individuals who don’t fit to beauty ideals are indeed oppressed, how come we usually don’t think of appearance discrimination as a form of unacceptable social injustice comparable to sexism or racism?
Answers to this question can be easily found in public discourses. The ones I have analysed so far are based on the idea that there are relevant differences between sexism and ‘lookism’ that should prevent us from condemning the two in the same way. For instance, some ask how we could cause harm by criticizing someone’s appearance, this changing, superficial, and unimportant aspect of a person; others insist on the fact that beauty is a pre-ideological concept, a natural, personal one, and that our reactions to it can thus not be condemned as morally right or wrong (Tietje and Cresap 2005). However, these arguments do not hold close scrutiny. On the contrary, they rely on assumptions that participate in reinforcing the discrimination structure – by for instance undermining the role of appearance in everyday social interactions and personal identity, by denying the socially constructed aspect of dominant beauty norms, or by rejecting any sort of responsibility of perpetrators of injustice. Acknowledging appearance discrimination as a serious issue of social injustice against which no valid argument seems to be opposable is not an easy task, as it challenges every one of us to become conscious of the extent of our own biases. It is however a necessary step to take in order to open the way to launching new legal regulations and to engaging in practices that could counter this oppressive structure and renegotiate beauty ideals to make them more inclusive.