Cosmetic Surgery, Embodied Anxiety and the Tension of Self 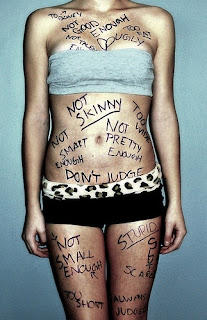 In this post, Doctoral Researcher Anna Westin (St Mary's University Twickenham) reflects on the news that cosmetic surgery rates are on the rise in the UK and wonders what this says about the body as a site of anxiety.

On 8 February 2016, BBC Health News published a story on cosmetic surgery, highlighting the increase in surgery procedures for cosmetic purposes in the UK.  It is perhaps not surprising— as the accessibility and safety of the operations is increased (or is at least treated with more ethical deliberation) - that the 51,140 surgical procedures conducted last year, represented an increase from 45, 406 in the previous year[1]. And this seems to fit the with the claim that ‘Plastic surgery is ‘booming’ in the UK’[2]. So the statistics show a growing trend which appears to reference a philosophical deliberation that does not seem to be altogether foreign— If it is possible, and quite safe, why not?

Other than the blurred scientific question of whether or not all procedures are indeed quite safe, another one has been troubling me recently.  Because the funny thing is that, regardless of whether it is cosmetic surgery or eating disorders, the concept seems to rely on the same loose framework.  The body as a site of anxiety, a thing that needs to be tamed, or formed in order to conform, or to match an idea.  There is an underlying dualism here, where the conceptualisation of our ideal self, who we ‘ought’ to be is someone who we are not. At least not physically.  At least not yet.

These are broad strokes, and therefore limited as such.  You can find many exceptions, and instances where perhaps this is not true, where changing the body is not the case of becoming someone more ‘perfect’, more of oneself.  But from the research I have done in eating disorders, the underlying schism between the perceived self (as body) and the idealised self presents the canvas of the human frame as the battlefield on which the will, to ‘become our true selves’, is played out.

Soren Kierkegaard states that anxiety is ‘freedom’s actuality as the possibility of possibility’[3]. The anxiety increases rather than decreases as the individual realises the lived tension of her finitude and infinite self.  Or the physical life we are grounded in, and what could be. Simona Giordano contextualises this in eating practices, writing that the ‘Ancient Myth of Lightness’[4] that has preoccupied (‘obsessed’) Western women for centuries. Procedures increase in sophistication, but the goal of maintaining or achieving a specific form continues. In eating disorders, as in some cosmetic procedures, it is fat that is the changed physical form, with ‘corpulence’ as ‘an abundance of body’, ‘unacceptable’ due to its synonymy with ‘corporeal vices’[5].  Victorian literature oozes with the bottom line that promotes this behaviour: ‘Being beautiful is one of the responsibilities of the woman [to the other]’.[6]

So there are a few things going on here.  Responsibility for the other, and over oneself, is (can be/has been) linked with how we control our beauty.  Anxiously we realise the task: a reconciliation of an ideal with a finite, a perception (a demand?) with the individual canvas of our own body.  How ought we to act? If we can, should we? And will it bring about the final ‘transparent resting’ of knowing ourselves that Kierkegaard espouses as the end of all anxieties? Or are we just more ‘lost’ than before?