November 21, 2016
Beauty standards have always been important in society, but it was not until the widespread introduction of television, magazines and more recently, the internet, that a standardised male and female beauty ideal became a widespread marketing strategy (Dion et al.,1972). Recently, there has been an increasing awareness that personalised beauty is a powerful tool for conveying a message or promoting products. This has been recognised by the advertising industry, a prominent example being Dove’s campaign “See the Beauty in Yourself” (Dove Real Beauty Sketches, 2016) that moves away from a standardised beauty ideal to a personalised campaign strategy where the value of women’s own appearance is used as a marketing tool (Grogan, 2016). 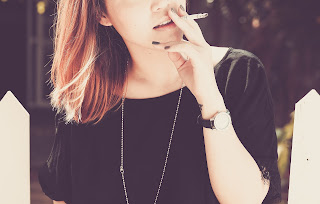 It is only relatively recently that the importance of appearance has been recognised by health researchers as a possible tool for behaviour change, particularly with harmful behaviours stemming from a desire to improve appearance, e.g. the use of indoor tanning booths (Jones & Leary, 1994) and other health and lifestyle choices such as smoking. The Department of Health “Give up to save face” smoke free campaign in the UK targeted young women smokers by highlighting the increased likelihood of wrinkles around the eyes and mouth, damage to teeth and aging skin (Department of Health, 2010).  This campaign was based on assumptions that fears about skin aging and tooth damage are significant motivations to stop smoking for young women. It is argued that people do not view their health in as personal terms as they do their appearance, perhaps because it is not as visually represented: a smoker can easily observe increased facial lineage in the mirror each morning, but would have to visit a health professional to see the darkening of the lung (Williams’s et al., 2013). This new way of thinking is paving the way for exciting and innovative new behaviour change tools within research and public health bodies including age progression software such as facial morphing.


The aim of behaviour tools such as facial morphing is to appeal to people’s perceptions of personal beauty and appearance.  Developments in software have made it possible to show the effects of smoking verses non-smoking (Hysert et al., 2003) and UV exposure on facial aging. This is achieved through using wrinkling and age algorithms that are based on the results of a five year study of the faces of over 7000 people of different ethnicities, ages and lifestyle habits (Hysert et al., 2003).   The software displays the progression of aging up to 72 years, both with and without the damaging effects of smoking on the skin. The software is also able to display the progression of aging up to the age of 72, both with and without the damaging effects of UV exposure on the skin.  A digital photograph is taken and within 5 minutes a series of pictures can be produced showing how the person’s face would look with and without smoking or with and without UV exposure, at yearly intervals as they age. 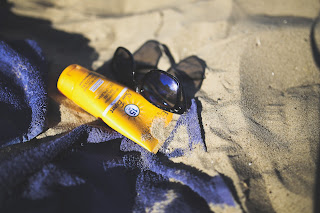 By highlighting the damaging effects of smoking (Flett et al., 2015) and UV exposure on the face,  (Williams et al., 2013) these tools are highlighting personal risk and relevance to people.  Facial morphing techniques are allowing men and women to have a unique glimpse into the future and make a choice as to how they would prefer to continue aging facially.   Appearance and youth is increasingly important to both genders, which can be seen in the extraordinary lengths people go to maintain what they perceive to be beauty, dieting pills and cosmetic surgery being two examples (Grogan, 2016).  Appearance focused advertisements increasingly target men as well as women and research shows that there is an increase in men having aesthetic procedures in the USA and UK, although rates are still higher for women (American Society for Aesthetic Plastic Surgery (ASAPS).2014; British Association of Aesthetics Surgeons (BAAPS),2014).  Interventions using innovative new behaviour change tools such as facial morphing techniques, which target people’s perceptions of beauty and highlight personal risk to appearance, can act as powerful tools for promoting behaviour change.


By Sofia Persson and Naheed Hanif.


Sofia Persson is a PhD researcher and associate lecturer at Manchester Metropolitan University. Her primary research interests include behaviour change techniques and body image among men and women.

Naheed Hanif is a PhD researcher at Manchester Metropolitan University. Her primary research area is behavioural interventions in health psychology.  She also has a background in providing equitable health care for BME communities

Department of Health (2010). Give up to save face. Available at: http://smokefree.nhs.uk/ resources/downloads/Smoking and beauty factsheet 19-05-06PDF.pdf