Beauty Norms, Children and the Ethics of Early Influence 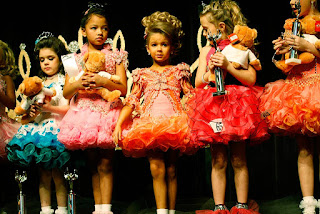 In this post, our new Research Network Administrator, Ruth Wareham, discusses how her research interests in the philosophy of education fit with the issues being considered as part of the Beauty Demands Project.

I am hugely excited to be working as the Research Network Administrator for the Beauty Demands project. Although my own philosophical work has never dealt directly with issues relating to cosmetic enhancement or perfectionism (at least, not in the sense of a moral imperative to improve or maintain the way we look), much of my previous research has revolved around the topic of autonomy and the idea that individuals should be granted the freedom to live their lives “from the inside” (See, for example, Colburn, 2010, p.41); to decide what constitutes the ‘Good life’ from their own perspective.

Given my philosophical preoccupation with the limits which ought to be set on (or may necessarily restrict) freedom of choice, the work being undertaken by the Beauty Demands team and members of the wider research network relates to my own research interests in a variety of ways.

For example, in my Master’s thesis, I tackled the question of whether there is such a thing as permissible paternalism, particularly in relation to the practice of recreational drug-taking and other self-regarding (but inherently risky) activities. At a prima facie level, cosmetic surgery and non-invasive beauty procedures look as if they fall into a similar category of activity and, as Jan Kandiyali points out in his post on Mill’s harm principle, it may seem reasonable to maintain that, as long as individuals who undergo such procedures do no harm to others through this choice, the freedom to make it should remain otherwise unrestricted.

I am somewhat persuaded by the Millian view that paternalism, to the extent that it represents an affront to an individual’s autonomy, is something to be avoided. However, (and as Mill acknowledged)[1] there are exceptions to the rule that (seemingly) paternalistic acts - broadly conceived as those performed in the best interests of another individual and irrespective of her views on the matter - are wrong. Two of those exceptions are relevant here:
Both of these exceptions are rooted in the idea that, to make genuinely autonomous decisions such as those related to cosmetic surgery, recreational drug-taking, or any other inherently risky activity, an individual should be suitably informed about the choice they are taking and intellectually capable of making that decision in the first place. The first exception gives us good grounds not only to regulate cosmetic procedures in terms of ensuring that individuals who undergo such interventions do so under conditions of informed consent, but to implement public education policies relating to the issue. The second exception seems to necessitate that we make our regulations on cosmetic interventions particularly robust when it comes to children and young people.

In my own view, it would be wrong to maintain that the state’s moral obligation to prevent harms in the case of cosmetic procedures amounts solely to a requirement to regulate such interventions in the same way it regulates medical procedures. Of course, it appears that there is still some way to go even in this regard - I was surprised to learn that there are developed western countries in which some purely cosmetic procedures are not proscribed for under 18’s (see Jean’s McHale’s recent post on this). But we should also consider the extent to which the beauty norms that society is endorsing are being reinforced and reproduced. When it comes to beauty ideals, are our children and young people being influenced in a manner which serves to erode their free choice?

As a philosopher of education, the bulk of my current work focuses on the development of autonomy in children and considers how best to avoid the problem of indoctrination. I take the (fairly standard) view that indoctrination amounts to teaching someone to believe something in such a way that it is illegitimately separated from the reasons for that belief. This kind of teaching is morally problematic because it casts pupils adrift in terms of understanding the world (if your beliefs won’t respond to reason, how can you begin to assess if they’re true?) and stymies the development of autonomy (in the sense of self-authorship) through ensuring that children are unable to properly endorse the beliefs that they hold.

While it doesn't seem plausible to claim that children are being explicitly taught to endorse beauty norms and, therefore, cannot be properly described as being subject to indoctrination in this regard, there is a related worry about the kinds of similarly fixed or unchangeable beliefs which develop as the result of enculturation or conditioning. I wonder to what extent continual exposure to augmented and demanding beauty ideals leads to the (often erroneous) belief that cosmetic procedures are worth the risk, or whether this process of belief/behaviour development undermines the claim that the choice to subject oneself to such procedures (even after adulthood has been reached) is fundamentally autonomous.

With reports of 63% of girls aged 11-16 saying that they have thought about having cosmetic surgery, it seems clear that the question of how norms guide and restrict choice, as well as the process by which we come to endorse those norms, matter enormously. There are serious ethical questions to address in this area; questions which, through my involvement with the project, I am very much looking forward to giving more consideration.

Ruth Wareham (University of Birmingham) is the Network Administrator on the Beauty Demands project. She is currently a PhD student writing on the philosophy of education. Her research interests include indoctrination, faith-education, parenting and the development of autonomy in children.

[1] He was happy to sanction the idea that if we forcibly restrain someone who is about to walk across a broken bridge on the basis that he is unaware that it is damaged, we have not infringed his liberty in any significant way, “for liberty consists in doing what one desires and he does not desire to fall into the river” (Mill, 1998, p. 107).
sexualisation