Variations on a beauty theme: The uses of ‘normal’ 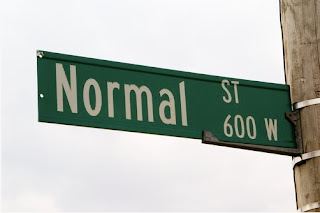 In this post, our Principal Investigator, Heather Widdows, considers the concept of normality in the context of the beauty debate.


The current beauty ideal is becoming more dominant and narrower and it is harder to resist and reject. This makes it difficult to regard the ‘choices’ we make with regard to beauty as ‘free choice’ (See here). I’ve demonstrated this using the example of the increasing demands of body hair removal. Taken together I argue that the beauty ideal demands more; it applies to more types of women, for longer and is global (see my last post). In this post I want to focus on the various ways in which ‘normal’ functions in the beauty debate.

The concept of ‘normal’ and how it is interpreted, perceived and used in the beauty debate has emerged as a key ethical concern in all of the Beauty Demands workshops (and from across academic disciplines). Some of these ways are overtly normative, and others are apparently neutral but carry hidden normative assumptions, and others are used as if they are descriptive. Let us just consider a few ways in which ‘normal’ can be used in the beauty context.

Second, ‘normal’ is used in at least some medical discourse to distinguish between ‘justified’ surgery and other surgery. Sometimes this will be connected to the funding of surgery. For example, in some contexts some surgery will be funded by insurance companies or others if it is regarded as ‘treatment’ and in some contexts this parallels with ‘attaining the norm’. At other times it will be used to signal that the client/patient does not have unreasonable expectations of surgery. For obvious reasons practitioners are concerned if someone seeking an intervention has unrealistic expectations of the transformative power of surgery. Accordingly ‘to be normal’ has become the acceptable language for attaining surgery.

Given that ‘normal’ is now an acceptable motivating and justifying reason to engage in all sorts of beauty procedures –  including, but by no means limited to, surgery – it is not surprising that it is functioning in a wholly normative way as a value-judgement to signify what is desirable. For example, those who seek breast enhancement or reduction and use the language of ‘to be normal’ (bigger, smaller, perter, firmer). But breasts of all kinds of shapes and sizes are ‘normal’ in the sense that they are functional as sexual and reproductive organs. Therefore ‘normal’ must mean something different. The woman seeking augmentation or reduction is suggesting that her breasts don’t look normal to her. But – and this is a key point – notions of ‘normal’ here are difficult to consider ‘objective’. What is a normal sized breast? Is it some average measurement? Should breasts which fall at the extreme end of scale of inches and cup-size be deemed ‘abnormal’? Or is it more subjective, about what the women (and practitioner) consider a normal shape and size? If it is the later then how do we come up with our concept of ‘normal’? Is the ‘normal breast’ the one’s we’d ideally like (which would be a strange use of ‘normal’)? Or is the ‘normal breast’ the one we normally see (presumably in the media)? If so then our notion of ‘normal’ is often, perhaps standardly, of a breast with an implant (as while breast implants are being ‘normalised’ there are still a higher proportion of those in the media who have implants when compared to those not in the public eye). This consideration of ‘normal’ raises a number of issues:

First, the use of ‘normal’ as motivating and justificatory reasons are presented as if it is descriptive, but in fact here ‘normal’ is functioning to ethically signal (and perhaps even demarcate) reasonable and acceptable surgery. This use of ‘normal’ needs to be interrogated. If the procedure (and perhaps the outcome) is the same should it matter what motivations are? If so why? Perhaps one could justify this (as practitioners do) because those with aspirations to be ‘normal’ present with clear ideas about what needs to be ‘fixed’, rather than expecting an unrealistic transformation, and are less likely to be disappointed. But, this would need further justification. Further, the language of normal can be learned – if this is the acceptable discourse then we will all use it to access the procedures we desire.
Second, if ‘normal’ becomes that which is acceptable what happens to those who fall significantly outside the ‘normal range’? What of those with bodies and body parts which are ‘abnormal’: and not just a little outside the range, but dramatically so and without possibility that a technical fix could make them ‘normal’. To use ‘normal’ as an ethical demarcator raises issues of discrimination for those who fall outside the norm (and here we should take note of the criticisms made by disability rights advocates). Is it really the case that ‘normal’ is something we should value?

Third, as more of those who can use technical fixes to become ‘normal’ do so, then what is normal will become narrower and harder to attain. Some who are ‘normal’ now may not be ‘normal’ in the future: as more become ‘normal’ what was once normal will become the outlier and, eventually, ‘abnormal’. Moreover, it might become regarded as unethical not to use a process or procedure to attain ‘normal’ (irrespective of health or other goods). This is both a function of the technological imperative – as technological possibilities become more available then there is more pressure to use them – and of the increasing homogenisation of beauty norms – as there is increased pressure to conform to the ever higher demands of the beauty ideal.

Perhaps ‘normal’ isn’t so ‘normal’ after all…

Professor Widdows’ research is funded by the Leverhulme Trust and she holds a Major Research Fellowship (details here). Her book, Perfect Me!, is under contract with Princeton University Press.