Reflections on the 3rd Beauty Demands Workshop: ‘What Does Beauty Have to do with Politics?’

December 23, 2015
In this post, Doctoral Researcher Alice el-Wakil (University of Zurich / Centre for Democracy Studies Aarau (ZDA)) shares her reflections on the 3rd Beauty Demands Workshop and considers the question, ‘what does beauty have to do with politics?’ 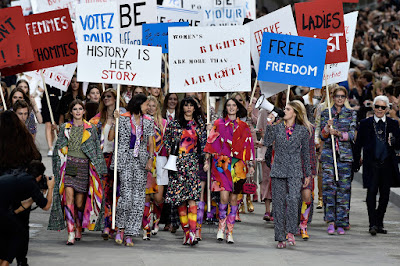 Discussions about beauty norms are often considered superficial, little worthy of attention except in tabloid magazines.[1] When I started working on beauty from a political theory perspective, friends and relatives actually acted quite surprised: ‘What does beauty have to do with politics?’

The various contributors to the 3rd Beauty Demands Workshop offered valuable insights to start answering this question. They suggested that our beauty ideals and practices have played a role in shaping the way in which we live collectively. In this post, I want to rely on the papers presented and the discussions that took place during the workshop in Birmingham in order to highlight three ways in which beauty and politics are interrelated.[2]

The first political aspect of beauty is rather straightforward: Several contributions to the workshop highlighted the impact of politics (in the sense of use of political power by a government or a social movement) on our very definitions of beauty ideals and norms. The momentum of the redefinition of beauty ideals – and the political significance of appearances – are influenced by and have an effect upon the contexts in which they operate, such as:

The examples mentioned in the workshop about this political aspect of beauty mostly emphasized how the (re-)definition of ideals of beauty can be vested with political meaning and elevated to the rank of national community symbols.[3]

However, as participants in the workshop argued, beauty is becoming more and more globalized. The beauty ideals promoted (Adina Covaci, Viren Swami), the aesthetic and surgical practices (Edmonds, Katherine Wright), the cultural understanding of beauty (Andrew Edgar, Rosalind Gill, Swami), or the importance given to appearance for social interactions (Edgar, Edmonds, Gill) are all becoming extremely similar. Certain emancipatory projects aiming at re-shaping beauty ideals - for instance to make them include body hair - also appear to take place at a supra-national level. Interestingly, a similar shift has also taken place in politics: The supra-national and international levels have gained importance over the national one. Do these two phenomena relate, and how? The question would certainly be worth exploring.

A second political aspect of beauty ideals and practices alluded to in the workshop is their role in shaping communities and marking social membership. The definition of an ideal, which can be influenced by policies or social movements, but also for instance by economic actors,[4] has indeed a concrete impact on individuals’ lives in – and their identification with – a specific community.

Three cases mentioned in the workshop illustrate this aspect of beauty:

Appearance thus seems to play an important role in informally shaping the borders of certain (political) communities. It is as if our looks indicated our consent to some sort of social contract, or our desire to be a member – or our refusal thereof. Beauty (defined in a specific way) has become expected from the members of a group, and thus seems to fit to what K. Anthony Appiah calls a “normative stereotype:” In his view, such a stereotype “is grounded in a social consensus about how [members of the group] ought to behave to conform appropriately to the norms associated with membership in their group.”[5] Used both to include and exclude, the appearance stereotype highlights the dilemmatic aspect of beauty: ‘freeing and coercive’ (Edmonds).

A third political aspect of beauty, which raised many questions during the workshop, is that beauty is often in tension with the democratic ideal of equality. While our formal equality is prescribed by the law, human beings are actually treated differently depending on the way they look – even though, as mentioned by Francesca Minerva, most of us don’t like to think about the extent to which we discriminate others based on their appearance (which has been empirically demonstrated to be quite important).

What does equality demand in terms of beauty policies? One rather intuitive answer seems to be quite popular: we should give everyone an equal ‘right to be beautiful’ – understood mostly as providing everyone with an equal opportunity to have aesthetic surgery. In Brazil, for example, some claim that everyone in the society should have an equal opportunity to get aesthetic surgery (Edmonds). In certain domains, this ‘right’ is already implemented: Edmonds mentioned hospitals that perform free surgery for the poor, and physicians who offer free vaginal surgery for women who couldn’t afford giving birth via caesarean-section ‘as a matter of fairness’. More centred on the United Kingdom and Europe, Danielle Griffith and Alexandra Mullock also mentioned an argument used by those defending ‘surgery tourism’, which claims that it is ‘equality promoting’ because it enables the less wealthy to improve their image.

Would an individual right to be beautiful really be a solution to the challenge beauty poses to equality? If Minerva suggested that it would fulfill the general aim of increasing the well-being of individuals, Griffith and Mullock, but also Edwards, Kate Harvey, and Katharine Wright argued that such a right would have problematic consequences at the collective level. It would indeed perpetuate and reinforce a norm of enhanced beauty, which impacts all; those who don’t want to have surgery, those who want to look like the ideal and need to keep being operated, or those for whom surgery couldn’t produce the desired outcomes.

The right to be beautiful is however not the only answer offered to the question of how to reconcile beauty and equality. For Edwards, Harvey and Wright, the ideals of beauty should be brought ‘back in the middle’. With this purpose in mind, we could for instance limit the rights of aesthetic surgeons to perform certain procedure on certain people, or as France has recently chosen to do, forbid excessively underweight models to participate in fashion shows and require that magazines explicitly mention all improved pictures modifying the model’s silhouette. And, while waiting for the beauty ideals to become more inclusive, we could maybe follow the quite eccentric measure promoted by the Japanese economist Takuro Moringana to rebalance the distribution of social advantages: Start increasing the taxes of the beautiful?


[1] As stated by for instance by Jean-François Amadieu, in a Swiss TV show, and in Jean-François Amadieu, Le poids des apparences : beauté, amour et gloire (Paris: Odile Jacob, 2002) (both in French).
[2] I mainly rely on my own notes to write this post. I thus mention the names of the speakers whose presentations or interventions were the most related to the issues I raise here. Moreover, the quotes should only be taken as what I recall the speakers saying.
[3] See also Hanna Fenichel Pitkin, The Concept of Representation (University of California Press, 1967), Chapter 4.
[4] See e.g., Bonnie Berry, The Power of Looks: Social Stratification of Physical Appearance (Farnham, Surrey: Ashgate, 2008).
[5] Robert Post et al., Prejudicial Appearances : The Logic of American Antidiscrimination Law (Durham and London: Duke University Press, 2001), 64.