Should We Bring Pubic Hair Back? - By Francesca Minerva

January 26, 2016
In this post, Francesca Minerva considers the increased demand for labiaplasty and wonders if it may be a result of modern trends in relation to body hair. 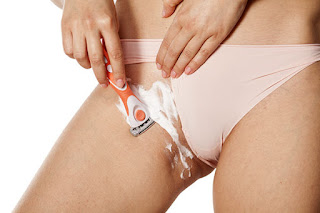 The number of surgical cosmetic interventions on female genitals has increased at an impressive rate over the last years. According to the American Association for Aesthetic Plastic Surgery, in 2013 5,070 labiaplasty interventions were performed, a remarkable 44% increase compared to the previous year. Such interventions are sometimes performed for medical reasons, for instance on women who experience discomfort during sex because of the size of their labia or for other issues related to congenital abnormalities of the labia. The UK National Health System, for instance, provides free labiaplasty under the following circumstances:


“there is a lot of damage to the woman's labia after she recently gave birth; the labia are particularly large and causing a lot of pain or discomfort; the labia are contributing towards a disease or infection, or they are affected by cancer” [1].


However, from the early ‘80s labiaplasty has started being performed for purely aesthetic reasons, and in the last years the request for labia surgery for non medical reasons has increased. The majority of women who underwent female genital cosmetic surgery reported high levels of satisfaction with the results, and the surgery per se seems to be reasonably safe[2] (although there is wide disagreement on this point in the scientific community)[3].

I should disclose that I am usually in favour of cosmetic surgery when it helps people feeling better about themselves and when it enhances their self-confidence and overall wellbeing. In general, I think that if there is a particular feature of someone’s body that makes them feel uncomfortable and has a negative impact on their wellbeing, and if they have tried cheaper and easier ways to improve their wellbeing (such as psychotherapy) without success, then it is not unreasonable to use cosmetic surgery to fix the issue. We take care of our looks by choosing the amount and the kind of food we eat, by exercising, by choosing clothes that fit us better than other ones, by using make-up and spending money on beauty treatments and hair stylists.

Although being obsessed with looks- like any kind of obsession- is unhealthy, it would be quite naïve to claim that looks don’t matter- perhaps they shouldn’t matter, but they do. Sometimes, regardless of the effort one might put in achieving a certain look, non- surgical means are not sufficient. If a person is not happy with the shape of her nose, say, then I think it is not immoral to use cosmetic surgery in order to change it. Similarly, if a person is not happy with the colour of her eyes, then I think it is not immoral to use coloured lenses in order to change it. Cosmetic surgery, just like make-up and exercise, is one of the means we can use to enhance ourselves, but unlike make-up, coloured contact lenses, and exercise, it involves quasi-permanent changes to the body, risks related to surgeries in general, and it is usually more expensive (although, to be fair, some clothes may be more expensive than some plastic surgery treatments). For these reasons, people are usually (and understandably) more careful when they consider undergoing a surgical cosmetic treatment – but this does not mean that cosmetic surgery is inherently evil and that people who use it are vain, or at least vainer than the ones who spend money on clothes and other appearance enhancing goods.

However, I do think that labiaplasty is a special case and I think that we could reduce the number of women who worry about their labia shape and size by cheaper and safer means than cosmetic surgery.

First of all, and quite obviously, labia are not visible body parts. Unlike breasts, which are also usually covered with clothes, the shape of labia cannot be guessed when the person is dressed up. One might guess how large or small someone’s breasts are by looking at her when she is wearing clothes, but one cannot guess one’s labia shape by looking at her when she is wearing skirts or trousers- unless one is wearing particularly tight clothes. Most people who undergo cosmetic surgery claim that they do that “for themselves”, but in fact it is very difficult to separate social influence and personal desires.

Now, one might reply that the fact that labia are usually hidden is not a reason not to provide people with labia surgery, because assuming that the person engages in sexual acts, their labia will be seen by someone else. Still, even a person with a long string of lovers needs to visually expose her labia to a smaller number of people compared to a person who has issue with her facial features. This implies that, if there is negative feedback from others, and if such negative feedback triggers the desire to surgically correct a certain feature, such feedback is less frequent in the case of a person with the unattractive labia (whatever that means) compared to the case of a person with an unattractive nose.

Brazilian waxing became mainstream around 2000, and most women in western countries started removing their pubic hair- and started dealing for the first time with the shape and size of their labia. This is when labia shape and size went from being something women were not worrying about, just like no one cares about how their pancreas or liver are shaped, to something to scrutinize under the lenses of aesthetic judgement. This is also when the market for labiaplasty started flourishing- or, actually, skyrocketing.

There is nothing intrinsically good or bad about total shaving and waxing, it seems to be a morally neutral choice such as choices about one’s hairdo. But we have to think whether we really need to add one more body part to the ones we already worry about (from our nose to our ankles), when it should be possible to go back to a time when pubic hair was covering it all, hiding real or imaginary imperfections from our own eyes and from the eyes of our partners. Of course, pubic hair would not cover major imperfections or abnormalities, and would not solve medical problems, but it would (I think) cover some minor imperfections, and prevent people from scrutinizing their genitals.

Total shaving does not even seem to make sense from an evolutionary perspective, because pubic hair signals that a woman is fertile (before puberty and after menopause women do not have pubic hair, or very little), and anything that signals fertility should attract mates. Of course fashion and evolution are quite different, and we have various examples of traits that are considered fashionably attractive (such as extreme thinness) even though, they shouldn’t be considered attractive from an evolutionary perspective (extreme thinness and fertility don’t go together well). But our brains are not hard-wired to like bald vaginas better than hairy ones, so changing the fashion should be relatively easy.

We already have a lot of body parts to worry about- and most of them cannot be hidden. I think it is OK to pass on labia.