Virtue of the Mind and Virtues of the Body - Adina Covaci

January 15, 2016
In the first of two posts, Doctoral Researcher Adina Covaci (University of Leeds) discusses a perceived asymmetry between the cultivation of virtue as it pertains to the mind and what she calls "virtues of the body". 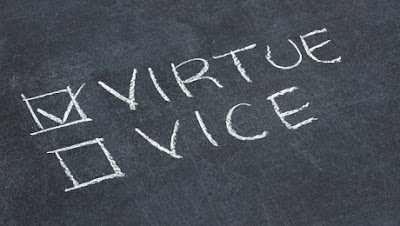 My main research around the topic of beauty has been done, so far, from an ethical point of view. Specifically, I have questioned the morality of the process of the globalisation of beauty norms. Long story short, I have argued that it is an unethical process because it can be seen as a form of propaganda. However, some very interesting discussions that I have had while participating in the third Beauty Demands workshop have made me go a step further and think about more fundamental issues. If the globalisation of beauty did not have the form that it has, and if each of us who want to reach certain standards did so freely and completely un-manipulated, would there be anything ethically suspicious about that? We don’t even need to talk about the global scale; in fact, because people make so many judgments about it, this can be seen as a rather quotidian worry: is there anything wrong with the pursuit of physical beauty?

It doesn’t take a philosopher to observe that there is a perceived common sense asymmetry, which a lot of people hold, between how we view the virtues of the mind, and their cultivation, and the virtues of the body and their cultivation. The former tend to be seen as something admirable, commendable and recommendable, while the latter are usually described in terms of vanity, superficiality and are sometimes frowned upon. If we look at different communities, we can see that they endorse the cultivation of other values rather than beauty values; maybe not only values related exclusively to the mind, such as intelligence, creativity or wisdom, but also moral values, in a very broad sense, from courage and kindness to social and community oriented values, such as Confucian values of filial and familial respect and loyalty (from now on I will speak of virtues of the mind as encompassing these broad moral values as well). In general, it seems that many people encourage their children to get as much education as possible and direct them to activities they find worthy in the areas that are not directly about physical beauty. We see very few parents who actually advise their offspring to embark on the pursuit of physical beauty. It is not at all obvious to me why this is so.

We praise the cultivation of the mind through going to school, learning, training one’s memory or practising chess; we commend those who excel in various (broadly) intellectual activities, but also in sports, or those who become good moral people (it might be a further issue whether we would accept moral and intellectual enhancements such as a virtue or an intelligence pill. We are certainly not opposed to memory pills. Also, it is another question how we would respond to surgical procedures that might have the same effects. It would be interesting to see if any of the philosophical — not empirical — arguments against such intellectual or moral enhancements would transfer to beauty enhancements.) We do not equally applaud those who are preoccupied only with their physical appearance and those who undergo various beauty procedures in order to look a certain way. Rather, we see them as being superficial, vain, oriented towards the wrong things, shallow; we even blame or pity them sometimes. What is even more interesting is how the asymmetry between the cultivation of the virtues of the mind and virtues of the body is also inversely proportional: the more effort one puts into cultivating one’s intellect and morality, the more praise one gets, but the more effort one puts in cultivating one’s physical appearance, the less praise one gets.

What complicates things even more regarding the latter kind of pursuit is that the common sense line between what is seen as permissible and impermissible is very blurry. It seems fine to wear clothes that fit and look well. It also seems fine to put on make-up. It seems fine to undergo some beauty procedures. But this is where it gets difficult. Is hair removal fine? What about a chemical peel? Hair transplantation? Facelift? Laser skin resurfacing? Botox? What about purely aesthetic dental work or rhinoplasty? Ear surgery, eyelid surgery, face surgery, liposuction, breast reduction/augmentation? Where do we draw the line? And how and why would we? Why would dyeing one’s hair be permissible, but having one’s face reshaped to look like a person’s whose beauty one admires not be just as fine? Why is it acceptable that one spends a lot of resources trying to get to a PhD level, but not that one spends just as much time and money to obtain the look one wants? Why would we think that inner beauty more important than outer beauty? Why would we believe that there is such a thing as being too preoccupied with one’s look, but not with one’s intellect? These are things that a lot of people take for granted, but for which no one truly offers an explanation. In my next post, I will consider a number of possible reasons for the apparent asymmetry between virtues of the mind and virtues of the body.

Adina Covaci earned her bachelor’s degree from the West University of Timișoara in Romania and then did an MA at Central European University in Budapest, Hungary (both in philosophy). Her main interest is in moral philosophy, but she also likes to work at the intersection of this field and others, such as aesthetics or epistemology. She has a background in continental ethics, with a focus on Jean Paul Sartre’s philosophy, but her recent research took an analytical turn and has dealt with the problem of moral deference and the question of its permissibility. She is currently studying for a PhD in Philosophy at the University of Leeds.