July 03, 2017
As I boarded a train last weekend I picked up a couple of discarded celebrity magazines left by previous passengers. As I don’t tend to buy these magazines, I was interested to see what the content could tell me.

The first magazine I picked up was Closer. Closer describes itself as “Combining the news, gossip and glamour of the celebrity world with extraordinary and compelling real-life content, Closer connects with its reader by getting to the very heart of every story.” The cover was a potpourri of images and headlines promising the reader insights into a brave 26 year old. “I look 50 but my saggy skin is beautiful”; a daughter describing her mother as “selfish and insane to have a child at 54”, Abi who loves her curves and Kristina who states “my shape’s changed forever”. 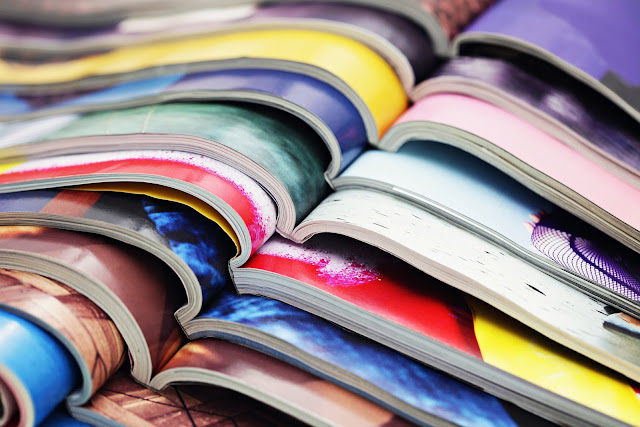 Inside the magazine, images of Daniella Westbrook, under the heading “Celeb nip/tuck”, show images of pre-and post-7 hour face lift operation which she claims was necessary because “trolls forced me to have surgery”. Daniella explains how she was in so much pain after the operation, but is now "feeling amazing".  The pressure from social media got so bad, she says, that “I had to go away and get surgery”. The article is a sad indictment of the current social pressure to look a certain way to be acceptable. The article includes a comment from a surgeon who states that the surgery will not last more than four or five years, but there is no discussion around Daniella’s mental health and well-being, whether she sought or received counselling before deciding to have the operation, and if she’s aware of the long-term consequences. Following patterns of many others who’ve had cosmetic surgery, according to the article Daniella intends to have more procedures including a boob job and work on her teeth. I feel both saddened and disappointed that the article offers no advice or links to support services to its readers who might be experiencing similar issues to Daniella.

Turning the page, I am disappointed further to see another ‘celebrity’ Marnie Simpson stating “I’ll never be happy with how I look”. Two images stare out from the page. One of Marnie pre-surgery in 2013, the other of Marnie looking ‘dramatically different’ last week. Like Daniella, Marnie has had several surgical and cosmetic procedures including lip fillers, Botox, a nose job, boob lift and liposuction. According to the article Marnie claims her dysmorphia was triggered by surgery. Each time she has a procedure, she notices something else she’d like to change. Again the article has a comment by a surgeon who attempts to determine what surgery Marnie has undergone possibly by viewing the images in the magazine. Marnie herself says she wishes she had the willpower to stop having surgery and the surgeon suggests she may have an addiction. He adds the issue “might be psychological”. It doesn’t take a surgeon to draw this conclusion, yet the magazine doesn’t consult a psychologist.

It seems that the magazine is trying to present a professional perspective by enlisting a surgeon to comment on the outcomes of the interventions, but by not inviting comments from a psychologist, the magazine misses valuable opportunities to educate its readership and alert them to the dangers of opting for cosmetic interventions as a solution to issues of appearance. There exists a large body of literature on this topic which could be distilled through popular media such as Closer. This would educate the magazine’s readership about the underlying issues and alternative potential solutions. Those who would benefit most directly would be those at risk of opting for cosmetic interventions as a solution to appearance dissatisfaction. They might be encouraged to seek psychological interventions such as counselling or therapy which are likely to be more durable and effective in addressing the underlying issues.