You’ll need balls to use it: Scrotox and men’s body image

July 10, 2017
Botox releases neuropeptides which help to reduce inflammation and chronic pain in the surrounding area. Doctors inject Botox into patients’ scrotums (Scrotox) when they fail to respond to surgery on the spermatic cord and chronic scrotal pain persists (Khambati, Gordon & Jarvi, 2014). Several tabloid newspapers reported the rise of the non-medical use of Scrotox at the end of 2016. Some men are reported to be paying up to £3000 for the injection to reduce scrotum wrinkles, to make the scrotum appear larger, reduce sweating, and increase the size of the scrotum to aid sexual pleasure (London, 2016). 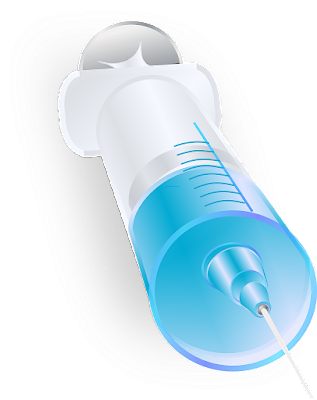 Arguably, this is just another aspect of men’s increasing concern with their body image. Today’s men are less limited than previous generations and do things that their fathers would have baulked at, including spending lots of time and money on ‘grooming’ products and services. For example, shaving-related products (razors, gels, creams, oils, balms), to scalp-hair products (styling gels and sprays, shampoos, conditions, hair growth products, epilators), body and non-beard facial products (epilate methods - waxing, electrolysis, tweezing, threading, sugaring, laser hair removal), body tanning and artwork, skincare products (facial and body moisturisers, anti-aging and fatigue creams and gels), cosmetics (manscara, guyliner, face powder, blusher, lip gloss, illuminator), self and specialist teeth-whitening, to cosmetic surgery procedures including major (rhinoplasty, rhytidectomy, penoplasty) minor (Scrotox, tattoo, and cyst excision), the self-administrable (Botox, chicken pills, Hydrogel) and lunch-time procedures (laser-liposuction) to name only a few. Of course, men’s consumption of fashion and beautification products, and concern with their body image is nothing new, but what differentiates this modern fascination with body and image consciousness is its extent and breadth (Hall, 2014).

Appearance for men is an increasingly important feature of modern consumerist and individualistic societies and a key resource for identity construction (Featherstone, 1991; Giddens, 1991). Where once a man’s identity was once largely drawn from work, sport and family discourses, men now have the opportunity to choose from a myriad of alternative identity discourses often, but not exclusively, related to consumption. Several explanations may account for this shift, which include gay fashion and image influences (Simpson, 2002), equality pressures from feminist movements (Collier, 1992), and the advent of the style press (Gill, Henwood & McLean, 2005). The launch of men’s lifestyle magazines such as FHM and Men’s Fitness in the 1980s, along with billboard images of semi-naked celebrities such as David Beckham, have helped to firmly establish the presence of the men’s bodies as objects to be eroticised and consumed. Indeed, men are confronted on a daily basis with stylised images of other men’s bodies linked to advertisements for men’s products.

Men’s increased consumption of body and image conscious products has also been fuelled and placed centre-stage by manufacturers searching for new markets in late capitalist consumer societies. The various self-presentation discourses - the totality of ways of thinking - circulating in visual advertisements and media encourage people to adopt certain practices to correct flaws in their appearance (unkempt or excessive body hair, skin tone) and to combat visible signs of ageing (grey hair, sagging skin and wrinkles on their body, face and scrotum) (Featherstone, 1991). Men, like women, are encouraged to engage with their body as a ‘project’ to develop the ‘ideal look’, which may only be achievable with airbrushing. The ideal ‘look’ circulated in the visual media and promoted by marketers is one in which men’s bodies are presented as young, muscular, lean, and flawless (Cash & Pruzinsky, 2004: Grogan, 2016). Idealised notions of men’s bodies help to create a world in which they are made to feel uncertain about their appearance, and so there is a need for them to constantly monitor it for imperfections, including a saggy scrotum. Maintenance work is promoted as an essential part of contemporary life where defects are presented as developing quickly through diet, lifestyle, work, the environment and ageing. Men are encouraged to deal with flaws such as wrinkly scrotums by purchasing the products marketed for this purpose - Scrotox. The payoff for such identity and body work is social and psychological well-being, sexual recognition, and increased sexual pleasure (Hall, 2014). The various discourses of self-presentation emphasize and promote the benefits of a more attractive and marketable self (e.g. employment success, social popularity, cultural acceptance, gender identification, sexual attention, and more sex). The more attractive men believe they are, the more socially acceptable they believe they are - ‘look good, feel good’ (Featherstone, 1991).

Body image is clearly central to men and masculinity. Indeed, two thirds of men are reported to be concerned about body image with muscularity, body fat, penis size, height and hair topping the bill. According to the Male Body Talk Study, more than 80% of men talk about wanting to change aspects of their bodies and more than 30% say they would happily sacrifice a least a year of their life in exchange for the perfect body. Around 5% of male respondents were reported to be willing to sacrifice a decade or more of their life for a better body (Diedrichs, Halliwell, Jankowski & Paraskeva, 2011). Unfortunately, some men resort to, or develop, unhealthy behaviours. For example, anorexia and bulimia, exercising excessively, taking performance-enhancing substances such as anabolic steroids, consuming slimming aids like ephedra, having cosmetic surgery, or trying any one of the number of products to enhance hair growth or increase penis and scrotum size (Hall, Grogan & Gough, 2016). Scrotox is arguably one of these unhealthy behaviours since we simply do not know enough about such procedures to advocate its safety. Indeed, some cosmetic surgeons do not offer this product because drawbacks such as the needle damaging the testicles outweigh any of the perceived benefits.

Thus, in this post-modern designer body culture, which seems to refuse to accept the body as it is, an ever-increasing number of body modification products and services are likely to become available for both men and women. Combined with the body being frequently seen as an unfixed space with infinite possibilities for personal design, increasing numbers of people are likely to see such practices as the norm. But despite the potential benefits we should always be mindful of how we tamper with the body as a whole, with parts, or in certain ways, as we may end up regretting it.

Matthew Hall is in the Department of Psychology at the University of Derby, UK. He is also an Acting Editor for the Journal of Gender Studies. He has written papers, book chapters and books on issues concerning: men and masculinities; body modification, appearance and substance (mis)use; illness and body image; social media and body image; substance mis(use) and cognitive enhancement; methods for examining online data; and non-consensual pornography in online settings. His books include: Metrosexual Masculinities (Palgrave Macmillan 2015); Chemically Modified Bodies: The Use of Diverse Substances for Appearance Enhancement (co-edited with Sarah Grogan and Brendan Gough, Palgrave Macmillan 2016); and Revenge Pornography: Gender, Sexuality and Motivations (with Jeff Hearn, Routledge 2017).